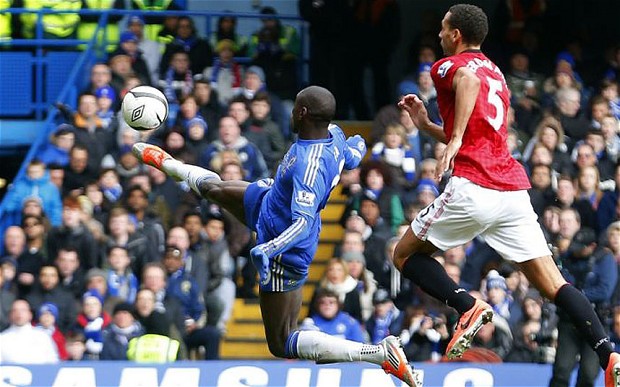 Chelsea got chance first time, Deny Pedro took a short first time against Manchester United but their goalkeeper David de Gea pulled of stunning saves. Chelsea also made some amazing attack and their attack was not worked but they tried tried but score has not came.

United passed win less eight match and after 1989-90 session they passed eight win less this year. United fans wants to Chelsea former coach Mourinho in Manchester United and they also want Van Gaal end. One of the United fan held a banner ” Leave, Vanish, Go ” and Mourinho’s unofficial scarves was sale out of the ground.

After three minutes of the match Wean Rooney restored to starting eleven laid the ball of Juan Mata who hit the ball with a fierce volley. Other United midfielder got a chance but he was missing it, he took a volley but it was too wide.

The result was Manchester United 0-0 Chelsea when the last Whistles says match is end. Chelsea has fair their coach Jose Mourinho for poor performance and some newspaper published Mourinho replaced in Van Gaal place. But it is concern what decision will take United against Van Gaal for eight winless running. Guys stay with us for more football.