There have plenty of opportunity Mexico to reach in the next round. Germany have the great chance to top of the group. But among of them Sweden less strong team from group F. However the Mexico vs Sweden group match will be played on 27th June, Wednesday.

Central Stadium Yekaterinburg will host the game at local time 15:00. There is no comparison between the two nation. In January, 2014 the two nation played a friendly where Sweden dismissed badly by Mexico. Mexico scored 4 where Sweden score was 0.

But if we look back their head to head history, Mexico won only 3 games out of 10. Where Sweden won 4 and the other 3 was drawn. Actually football is the game of fast moving. There anything is possible. So which team is better not to be predicted. Here the match information is given below.

Match VS: Mexico and Sweden 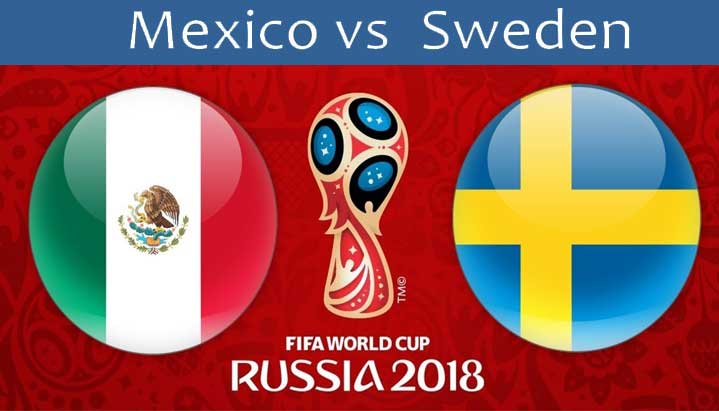 Mexico is plenty of favorite of the game. Sweden is also good but the prediction goes to Mexico favor. Actually the it is really difficult to predict about the game as they are same type of team.  There is some reason of the Mexico team to do well in the competition. They have a strong team squad so far.

That means Sweden is not bad at all. They have also equal chance to win the game. We just predict the game their present condition. But anything can be happened in the game.