Neymar da Silva Santos Junior who is commonly known as Neymar Jr or only Neymar is a Brazilian soccer player and currently ranked in 72nd celebrity in the world according to Forbes magazine which was published in April, 2016. According to the news portal, he is also the 21st highest paid athletes in the world nowadays. He is just 24 years old but already becomes the respective owner of huge amount of wealth. He has just renewed his current contract with the Spanish Barcelona and the deal will last till 2021. According to the current agreement, he will receive approximately $14.9 million in every year. Based on his annual salary, he will receive $290,000 per week. Besides, he used to receive $23 million from his endorsements contract in every year also. Let’s take a glance below where nis current net worth sources are given.

# Sources of Neymar’s Net Worth:

However, Neymar has only three major sources to income. They are salary,endorsement deals and his last transfer fee. According to the calculation, his average salary is almost $34.6 million from all sources. Obviously, he has to spend a large amount for tax purpose. According to the Spain’s rate, the taxes are calculated almost 45%. Besides, his agent also costs 15%. 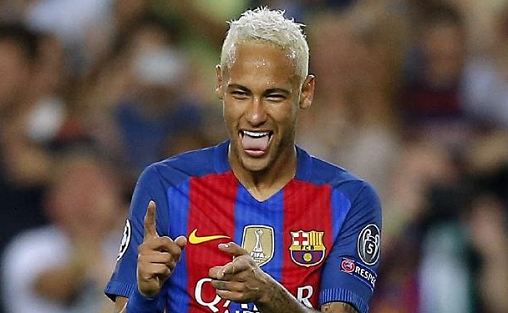 However, Neymar who is one of the three top striker in La Liga as well as around the world, which net worth is increasing day by day. If we consider his early age at Santos which was his first professional club, there his net worth was almost $1,880,000. Here we provide below Neymar’s  net worth according to the year.

# Total worth by year:

Considering above statistics, Neymar’s net worth changed significantly after arriving at the Camp Nou in 2013 where the transfer fee was $95 million reportedly. In the last year with Brazilian club Santos, his estimated net worth was $19,728,143 but after joining with the Barca that amount was increased to $73,713,354 which was a big jump. Due to arriving at the Spanish club, he received a huge endorsement deal with Nike and others and so, his worth was increased. Here we present below Neymar’s salary since his professional career with Santos.

However, a large amount of money usually comes from neymar’s endorsement deal where he used to receive almost $9.5 million from Nike deal in every year. Besides, he has multi years contract with Panasonic and also with Volkswagen. Without them, he has also many deals with sixteen different companies along with Taco Bell, Gilette, PayPal, Red Bull and so on. Considering all the details, his annual income from these endorsement deal around $8 to $12 million since his arriving at Camp Nou. Let’s have a look below where his income from endorsement deals are given.

# Houses & Properties: According to the reports, the Brazilian sensation is the owner of three luxurious houses in his homeland Sao Paulo, Brazil which are completely best interior architects along with all facilities. Among them, Triplex home is the one. The house in worth almost $750,000. Mension is the other one which is also located at the same city of Sao Paulo and the flat is around $2 million worth. Besides, he has some luxurious cars as well along with Porsche, Audi and Panamera.