The World Cup high Voltage match between Nigeria and Argentina is now on screen. It is one of the high demanding match to the football lovers. Argentina starting the championship with a poor history in the qualifying round but they are considered as the favorite to win the championship.

However the D group match taken place in Krestovsky Stadium, Russia. The Tuesday match will be played at 19:00. BBC, Fox sports, ITV will cover the most interesting match in all over the world.

Argentina met total 8 times in before with Nigeria, where they won 5 games over them. Nigeria won 2 clash against them and one result draw. Argentina being the group leader but the Nigeria also hoping to promote the next level. See in below the match preview and the prediction. 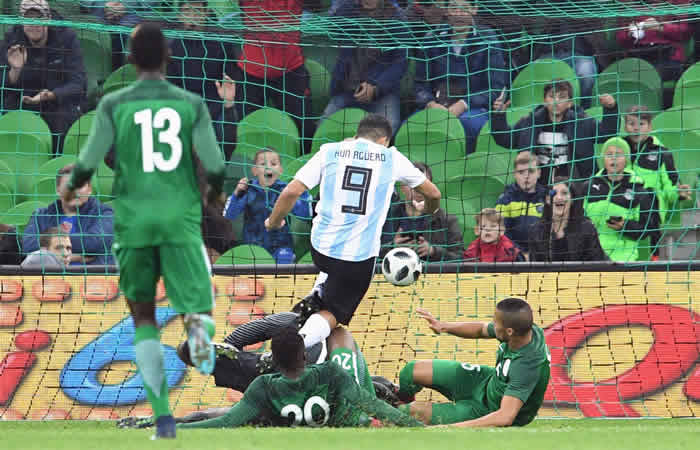 Argentina undoubtedly favorite to win the match. Their World Cup campaign is quite good. But Friendlies was so poor against Spain. However the was different as their Atom bomb Messi was missing the game because of injury. But Messi is very aggressive to win the title this season as it is the last world Cup of the forward.

Nigeria not be neglected at all. Last year they dismissed Argentina by 4-2 score. It was friendly clash so far. The both side also met in the WC field in the previous, where The Eagles defeated Argentina. So anything is possible in the game.