This time the distinct contrast will be seen between Nigeria vs Iceland. It’s also the clash between Africa and Scandinavia. The hottest Nigeria and the coldest Iceland going to meet in 22nd June at 16:00 in Volgograd Arena Stadium. It become the second match of the Eagles in group C.

The both side pairing with Croatia and Argentina in the same group. So it the best chance to earn 3 points for the both side. Because win over the others will not easy. If they want to survive in the competition they no other option to win the match.  The eagles fought Algeria and Cameroon in the WC qualifying round and the Iceland qualified for the tournament after a difficult struggle. They dealt with Turkey, Croatia, Finland and Ukraine. It became a group of death. It is really appreciate that they won eight match out of ten. They want to make the same sort in here. The match preview of  Nigeria vs Iceland is here. 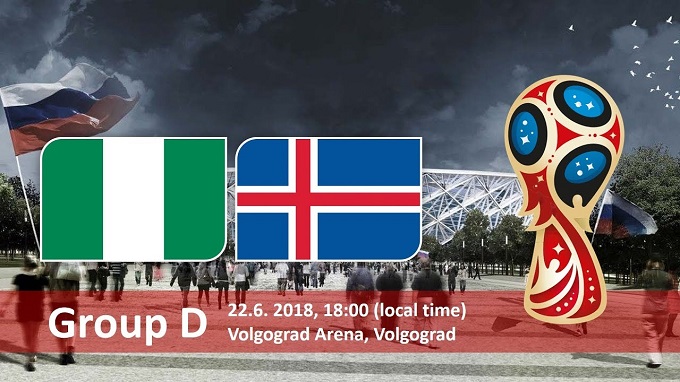 Nigeria vs Iceland match expecting a good fighting match. Nigeria the team who could not scored more than one in the qualifying round. So it is predicted they scored one against Iceland. Some strong attacker have presented in their front line and their defense also strong. On the other side the celand played not so bad. Their playing style, performance and game changing power superb. So anything is possible in the game. As the match getting closer the Nigerian fans becomes more conscious. They know this being the way to go in the next round. However, all the best for both side.