PSG or Paris Saint Germain is a professional football club based in Paris, France. This club used to compete in French Ligue 1 which is the top football league competition in France and also one of the largest league tournament throughout the world. Founded in 1970, Paris SG is the most successful club in France which has won Ligue 1 title six (6) times, highest five (5) times Coupes de la Ligue, two (2) times Ligue 2 titles and so many trophies.

After passing the long 45 years since the foundation of the team Parisians, Now they are the most strongest, most popular and most supported team in France. They are also the defending champion. 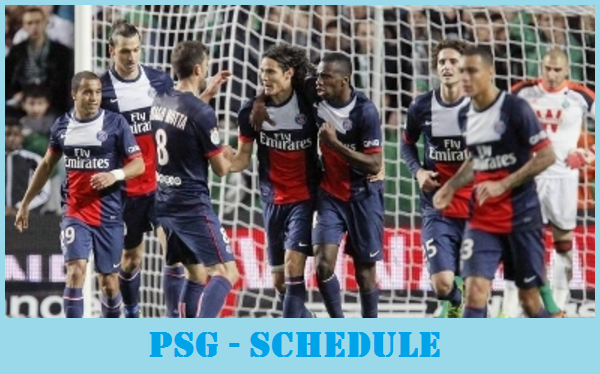 Since the beginning of French Ligue 1, every season runs from August to May. So, the season of 2015/16 is the way to the end. Like others, team Paris SG are also taking preparation for next season. As a part of their preparation, they will play three pre season tour matches against Inter Milan, Real Madrid and Leicester City which matches are also part of International Champions Cup (ICC) 2016. This time team Parisians will play their pre season matches in North America. Through this matches, team Paris will sharpen their technique, speed and talent for next season. Let’s see their pre season tour schedule in 2016/17 which is given below.

According to the last head to head statistics of PSG Vs Real Madrid, the Spanish giant is far better condition than PSG. Also their last meeting, Real won by 1 – 0 goal. And against the Inter Milan, Paris won more match than Inter Milan. So, the pre season tour matches of Paris SG would be very exciting.