Portugal v Morocco clash is the high voltage match in group round. This will be the second match of both side which will be played at Luzhniki Stadium on 20th June. The Wednesday match will be the great fight because the two strong team going to fight each other. It’s become the group B, where also present  Spain and Iran. It will be very difficult for the Iran as they know the most difficult contest coming up. Portugal will face Iran in their next game which is very easy to them but Morocco have to fight Spain in the next schedule game and it will be quite difficult. However, world wide football fans eagerly wait such type of contest. This type really love to watch for all. Many reputed Tv channel will cover the live event. Here the more information given in below.

Match between: Portugal and Morocco 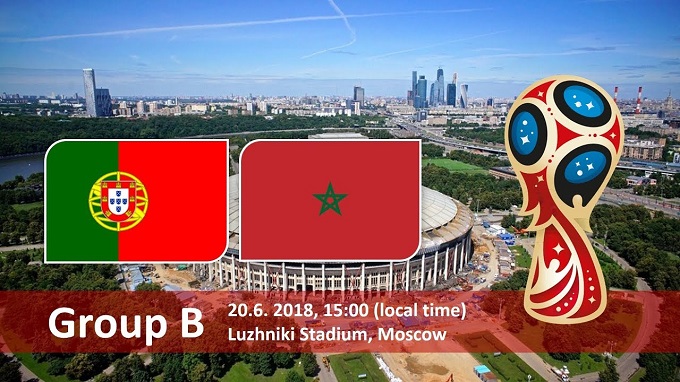 28th May vs Tunisia

The both side Played just once in 1986 where Portugal lost by 1-3 goals.

Portugal favorite the game as they holding the world’s best forward Cristiano Ronaldo in their team. Accepting him they have more other talent guys in the side whose are related with biggest club in the world. Portugal spent a very good campaign in qualification round. Portugal had played ten games in the qualifying round where they able to achieve only 4 goals. With Switzerland they scored 2 and other 2 come by playing 9 games. It’s really shocking for the team were plays like CR7.

Morocco played last 1998 World Cup and they eliminated from the group stage. After a long time they got the ticket of the World Cup. So their expectation is much from the competition. Morocco not a bad team at all but it was bad luck for the not to qualify for the championship. However, the both side is strong so good luck for the both side.