Portugal vs Spain clash being the high voltage match in the competition of World Cup Russia. The two giant of Europe region will be seen in the first stage of group B. The both side very strong on their performance having a lots of str footballer. Sochi will host the event on their ground. The other contestant of the group is Iran and Morocco. BBC will broadcast the live match in world-wide. Apart of them many other network also cover the game so far. If you eager to know about the match detail, see on below. Here given the all information about the match. 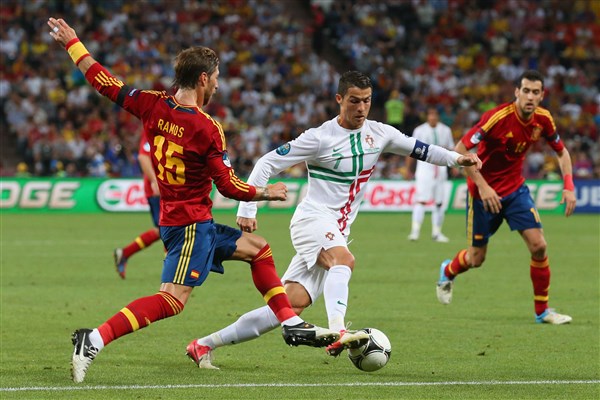 Spain having a very decent image after defeating Argentina in the last friendlies. They also good in the qualifying round. Spain’s qualifying performance showed that they have won 9 out of 10 matches. However the team have good goals, penalties, and also the defense side.  The 2010 World champion very confident to grab the title this season. They also one of the favorite of the competition.

On the other hand Portugal also a strong team so far. That is different they could not do anything in the World Cup but their performance always fantastic. The nation holding star Ronaldo on their side. There has no failings of ability and power in the team. Their defence, front line very strong.
The both side have equal chance to win the game. But the condition for Portugal, they need the Real Madrid star CR7 in their side in absolutely fit and fine. Spain have also many famous face in their side as well as David De Gea, Gerard Pique, Jordi Alba, Sergio Ramos, Sergio Busquets, David Silva, Andres Iniesta, and the Isco.