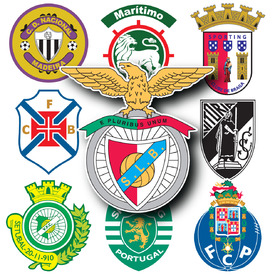 Portuguese professional football competition Primeira Liga is the top league competition in Portugal. Though, it was founded in 1934 but officially announced in 1938. Previously it was known as Primeira Division but in next in 1999 it was renamed in Primeira Liga. It is currently sponsored by NOS. So, now it is officially called Liga NOS.

According to the last season of Liga NOS in 2015/16 which was the 82nd edition, total 18 top clubs had competed here as usual where Benfica was selected as the crowned champion. In each season, every team plays total 34 matches in Portuguese Liga where two matches in each opponent. One’s in home and rest one in away. At the end of the season, top point holder team is selected the champion. And lowest two point holder two teams are relegated to Segunda Liga and top two team from the Segunda Liga are getting promoted to the Liga Nos.

According to the last season point table of Portuguese Liga, Benfica is the defending champion where they totally played 34 matches and won 29, drawn 1 and lost 4. They have gathered 88 points which was the highest. Sporting CP is 2nd in position by claiming 86 points followed by Porto is placed in 3rd position with 73 points.

Upcoming edition will be the 83rd season of Primeira Liga where the schedule or season start date is not released yet but usually a season of LIga NOS runs from August to May. So, considering that possibility, the next season will start from August, 2016.

# As soon as the season will start, the update point will be given here.

A total 70 clubs have already competed in this tournament since the beginning where only five of them have won the title till now. Benfica is the most successful club among them by winning almost 35th titles and also selected as one of the Big Three clubs. The rest two clubs in the Big Three are Porto which won 27th title and Sporting CP by winning 18th trophies. Boavista and Belenenses both won one title each.

The Big Three which defines the most strongest three sporting clubs in Portugal and they won all the titles in Primeira liga only but two. Maximum season of Liga NOS ends up where these three clubs are placed in top three position. Last season also they were in top.

In Portugal, Sport TV holds the right to broadcast this whole tournament where next season some home matches will be broadcasted by Benfica TV.