Basically, Futsal is the short version of football competition which duration is totally 40 minutes which consists of two halves where each half contain 20 minutes. It is oftenly considered the equivalent of T20 cricket. After successfully arranging Indian Premier League (IPL), Indian Super League (ISL), Pro Kabaddi League (PKL) and so on in India, they are going to arrange an another competition named Premier Futsal League (PFL) in India 2016 which will be the 1st multi national Futsal competition ever. 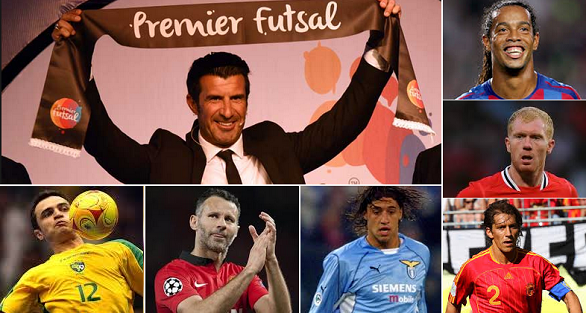 PFL India 2016 which is organized by Futsal Association of India (FAI) is going to kick off in next 15th July, 2016. It will the first edition of Premier Futsal in India which was hosted in 5th April, 2016. Total Six teams are going to compete here which are consists of some most extraordinary Futsal players. Let’s take a look below where the complete details of upcoming Premier Futsal tournament is given.

# Broadcasters: Sony Pictures Networks India Pvt. Ltd have made an agreement to live telecast thie Futsal tournament through Sony Aath, Sony ESPN and Sony Six. Besides, Sony LIV will also broadcast all the matches of this competition. Apart from these, some channels are trying to make a deal where they are not listed yet.

Total two venues have selected for this complete tournament named Jawaharlal Nehru Stadium in Chennai and Peddem Sports Complex which is located in Goa. The final matches will be staged in Goa.

All tickets are available at – premierfutsal [.] com.