The Topic is about Player of the tournament in English Premier league which conveys the best player of the season. Many star player have been taken part in premier league competition in every year, where they seemed to entertain the fans with their rocking performance. There are a long panel of good players existing in the premier league and to choose the best XI such a difficult job. Here the list in below. 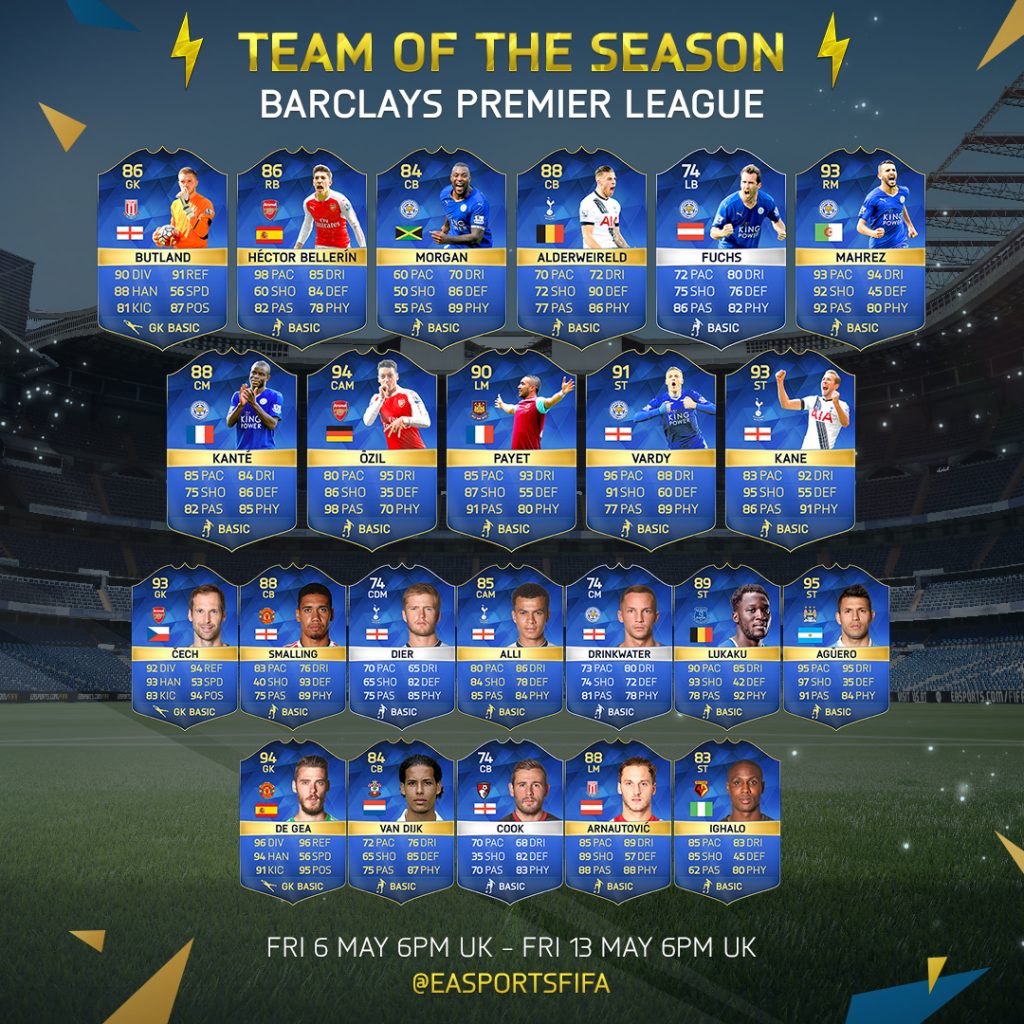 EPL conveys the men association football clubs. Actually it’s refers the professional English clubs which was surprisingly grabbed by Leicester city on the year. But when we judge the player individually, the ripen totally came out different from the final result.

Actually the best XI format has been seized by 4-4-2 formation. The four defender of the season emerged as Hector Bellerin, Virgil Van Dijk, Chris Smalling, Nacho Monreal. Hector Bellerin and  Nacho Monreal became the best defender on Right and left side respectively. And the two fabulas center bach emerged as Virgil Van Dijk and Chris Smalling. The all four was too good on the season. Their attributing was truly eye catching part of the competition.

The Leicester attacking midfielder, Riyad Mahrez did a fantastic job on the season. He plays a vital role behind of the club success. The one more Leicester  forward Jamie Vardy who conveys the England national team was also fantastic in  his job. Their combine attempt brought the dreamy success for the team. This time they are more confident on their self performances and desperate to do the same battle again.

If we compare by the goal scoring, Vardy will seem behind than Sergio Aguero and Harry Kane but his total affluence was too incredible and his assist was undoubtedly more than the top scorer. His ball controlling way and fast pass such a magic and his artistic gaming system loved to the fans.

Graziano Pelle, the Italian striker also spent a mind blowing season in EPL. Though his team Southampton standing on sixth place in point table, his individual performance was too awesome. His total goal score and assisting was just fabulous. It will be not wrong any more, If we say there is no better alternative of the front line role than the Italian striker. His potency and dynamism up to him in a standard level of any competition.