Marek Rodak : The Fulham shot stopper is the man to stand between the sticks. He had a tight battle with Nottingam Forest’s Brice Samba. Both of them got 3 votes but just a slightly better stat give the Fulham keeper the privilege.

Matty Cash : There were four picks from 6 pundits in the right back position. But Matty Cash grabs the spot after an excellent season in his new role. Although he used to play in a more advanced position, he was sent a bit down on the field and made a good use of it. 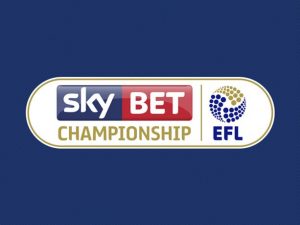 Ben White : The Leeds United center half got all of the 6 votes from 6 pundits. So that was a clean sweep for the loaned out defender from Brighton. It was one of the easiest picks for the pundits.

Semi Ajayi : The West Bromwich Albion man partners White at the heart of the defence. The Baggies’ new signing who has joined them from Rotherham has been seriously good throughout the campaign.

Luke Ayling : Despite not being a proper left back, Pundits couldn’t keep him out of their squads. 3 out of 6 specialists picked the Leeds United player meanwhile others gave honourable mentions as well.

Kalvin Philipps : Another Leeds United representative in the list. 5 of the 6 pundits selected him as their defensive midfielder. The another one had to pick Ben Watson just to show him some respect for what he showed for the Nottingham Forest.

Romaine Sawyers : The pundits picked the West Bromwich Albion midfield man as one of the two Central midfielders for his sensational performances this season.

Matheus Pereira : Pereira partners his team mate Sawyers as the another CM. 6 valuable goals along with 12 assists placed him in the xi.

Said Berahma : Edging out club mate Bryan Mbeumo, Berahma gets his place in the combined xi, which he completely deserved.

Ollie Watkins : Another Brentford forward to make it into the side. Watkins partners Berahma and the popular website has placed him in the left side of the attack.

Aleksandar Mitrovic : The Serbian tops the goal scoring chart of the Championship with 23 goals. Thus the former Newcastle Utd star fortunately got the chance to lead the attack.