Real Madrid sacked officially their coach Rafael Benitez, he was started duty in Real Madrid at first time 2015 but he was not successful for that Real Madrid board suspended him last night.

The 32 trophy champions Real Madrid fell four point behind of Atletico Madrid and they drawn last match against Valencia by 2-2 goal in last Sunday. Following the board meeting Monday afternoon they declared this decision and they declared it officially. Real Madrid B teams coach and the another legend of Real Madrid Zidane will replace his place they media says. 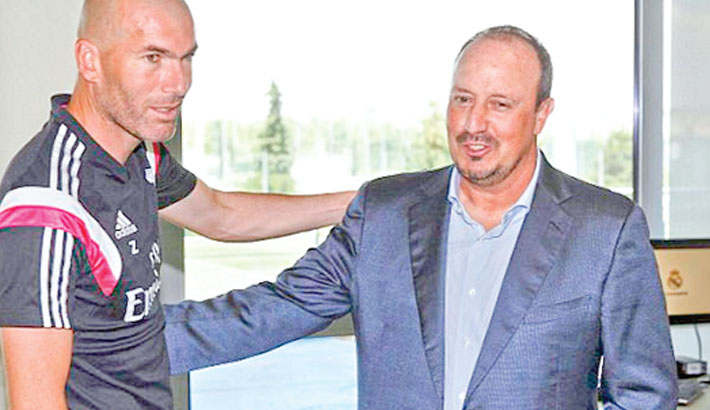 Real Madrid President said ” It is very difficult to say Rafael Benitez is sack and I here to saying board decision. Real Madrid board just decided to sack of Benitez. But I clear it he is a great professional. Guys you all know to famous Zinedine Zidane and he is our next choice. I believe he will also like to lead Real Madrid as a boss. He know how to handle challenge. He is our player and now he coaching our B team and this is also his club, his fan’s and his stadium so he will gets lot of support from here.”

Real Madrid is now playing in Spanish La Liga, they crushed through their champions league, they played here 6 matches and 19 goal but they fall in embarrassing moment in Copa del Rey and they disqualified from their for illegally fielding a player.

Benitez sack and Zidane’s in may be a great history for their club and hope fully Zidane made a great change for his former club. Guys stay with us for more football.