El Clasico which is simply known as The Classic refers the match between football Club Barcelona Vs Real Madrid. Now the question which often asked by the fans, is El Clasico is the most favorite football event in the world ? The answer should be Yes, Yes and absolutely Yes. But the question while raised, why the El Clasico most popular events in the world, it takes some time to think the answer. Here we presenting the accurate replay of the question in below.

High Voltage Match: Barcelona vs Real Madrid match always conferred as the high voltage match in the world. The match would be league based or friendly does not effect so far. It only consists the tough competition between two Spanish Club. The last La Liga match which was executed on 3rd April the audience attendance record refers as 99,264. The event is also more favorite than the high voltage match between Argentina vs Brazil as well. 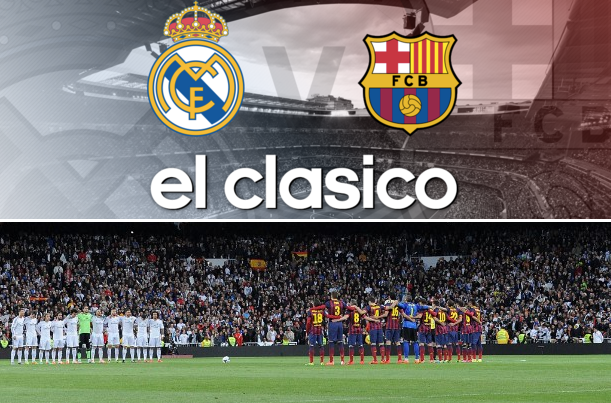 As the Richest and Successful Club: The two clubs are among the most successful, richest and versatile football club in the planet. There are hardly found a club which can be compared with them. According to 2016 statistics the present value of Real Madrid consider as $3.26 billion which is definitely most highest measure in the world. On the other hand Barcelona became the second most valuable football club which requires $3.17 billion during recent period. The both teams are crowned the most championship and trophy in every calendar year. Madrid’s assemble their player salary around of $550 million and there are $490 million expansion has been paid to Barca roster in a year.

Most Watching game: The Classic became the most watching football tournament in the world. Football fans from any states like to watch the match between Barca vs Real. The live audience and TV fans always houseful for the event. World wide million of fans eagerly awaited for the top class game. Record said that the audience attendance is always remain in top of the expectation and the overcrowded proved that how popular the game to the fans.

A statistics shows that nearly 40 million people from different corner of earth are the regular viewers of the game and they have not missed the most happening event without any major facts.  It will be not wrong any mre, if we say it is one of the most expensive sporting event in the entire sports era.

Presence of Star players: Real and Barca both sides consisted numbers of star footballer. The world class striker and winger has been included in twice. While Real set the prolific player like Cristiano Ronaldo, Karim Benzema and Gareth Bale, there Barca included the Alien Messi, Luis Suarez and most young talent Neymar. These guys are not only famous in El Clasico, they all are FIFA ranking player. To watch all football legend in together such interesting and entertaining at all. There hardly traced the guy, who does not like to watch the battle of the wonderful guy. It is one of the main reason to get the most popularity so far.

For the above reason the rivalry Real Madrid and Barcelona games always in top on the list. The successive season, fighting games and the fan following aspects such a fabulous trade of the games and that’s why El Clasico has been treated world’s most popular football event so far.