Russia is the host nation of upcoming FIFA World Cup 2018 and as the local team, they did not have to pass the qualifier round. They are placed into group A along with some strange mates named Egypt, Saudi Arabia and Uruguay. Obviously Uruguay is one of the most potential team in the group but as the 2nd team, Russia can get a chance to move to the next level. In that case, they will face the most rival Egypt. So, the match between them will bring some result. Their upcoming match in group stage will take place in 19th June, 2018. Let’s see the details of the match below. 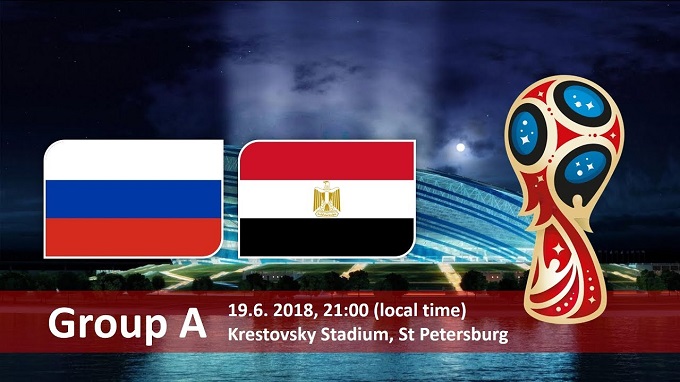 # Russia Vs Egypt Head To Head: Russia and Egypt are the two respective participants in upcoming FIFA World Cup 2018. This two teams are placed into the same group which is group A. So, in group stage, they will face against each other. Earlier, they did not play any match against each other and so, upcoming match will be their first head to head battle.

# Team News of Russia: Team Russia is one of the oldest participants in FIFA World Cup and till now, they took part in the competition ten times so far. In the ongoing season, World Cup will be executed at their home venue and so, they are regarded as one of the favourite team. Igor Akinfeev is the current captain of the team. Most of the players of team Russia used to get connected with Russian League tournament. Just couple of players are playing outside. Though, their performance in recent matches were so poor. They failed to win a single match out of their last five matches. Though, they were friendly matches but through them, Russia had to take preparation for the upcoming FIFA World Cup 2018.

# Team News of Egypt: Now, if we consider the team Egypt, they are considered as the most dangerous team in the group. They have still some most talented players in the squad. Their forwarding section is much stronger it seems which is led by Mohamed Salah. He is often regarded as one of the top rated striker in recent time. He is in great form for his club Liverpool and in upcoming World Cup 2018, he would be the trump card of his team no doubt. If he can show his true color in the tournament, his team would do some charming things.