The World Cup opening match will be stared with the clash of host Russia vs Saudi Arabia. According to schedule the game take place in Luzhniki Stadium, Moscow at local time 18:00 (UTC+3). The fans are eagerly waiting for the game, especially the host are so much exciting to watch the live game. However the host Russia holding a good position and image in the upcoming competition. So it will be not easy for the Asian team Saudi Arabia. However, the match will be broadcasted in the various TV channel all over the world. You can enjoy the match also in online here. Here we described the detail of the match.

Match between: Russia Vs Saudi Arabia 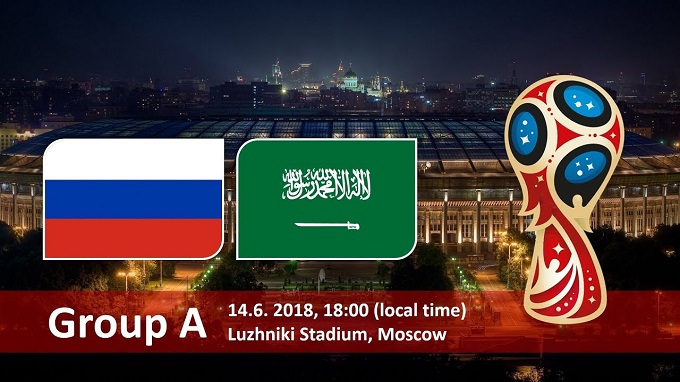 The both team has played friendlies to take preparation for the upcoming tournament. Russia played two friendlies with Brazil and France, where they lost both games. Against Brazil they scored zero but with France they scored 1. On the other hand SA football team played with Moldova, Iraq, Ukraine and Belgium. With Moldova they won and drew with Ukrain. The other matches has been lost. The both side also play few more friendlies in the next.

Russia having the distinct advantage of hosting the grand tournament at home. This reason makethem mpre confident. Their goal not only win the opening match, also proved as a strong contestent of the competition. They want to show off a good performance to the world. They set Alan Dzagoev, Fyodor Smolov, Aleksandr Kokorin and some others as key players. This try made the game difficult for the opposition. SA football team also taking preparetion for the upcoming tournament. They belongs to Asian region who have ranked 61 in current situation. It is considering the game will be very interesting to the football lovers. It will be great challenge for the both side in the upcoming championship.