Brazil is showing outstanding performance after joining the new coach of the side. Many are think Brazil is the most favorite to win the title. The pedigree of the Serbia vs Brazil match obviously Brazil is favorite of the game.

The E group match will be taken place on 27th June at 19:00 of local time.  Otkritie Arena set as the host venue of the game. After facing Costa Rica, Switzerland they meet to Serba. A huge amount of Sports network will cover the game in the different nation. Among of them Sky, BBC, ITV, Fox are existed. The match also see in online. Here the detail of the match in below. 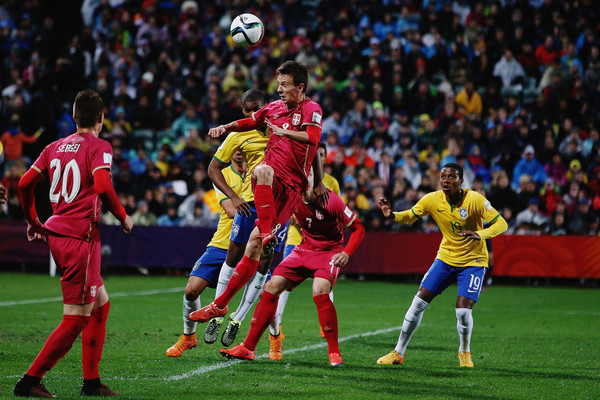 Serbia v Brazil game easy to define and it’s also predict by any one. The five time champions are top of the South America region. This season they played very well. The Olympic champions are very confident to grab the title for sixth time. They become the hot favorite of the competition. The team has biggest star players. They have top ranking players in their side. The most expensive footballer Neymar desperate to grab the title of the season. They have also Man City star Gabriel Jesus, Liverpool striker Roberto Firmino in the front line. In defense  Filipe Luis, Marcelo and Thiago Silva presented and the guys are just awesome. However they have the most experience player in their team.

Serbia is also top of their qualification group. It is true they fight with easier team like Wales, Republic Ireland and Austria. But they have no chance to win the match against Brazil. The two teams faced just once and the Neymar team won the game so far. So guys keep watch the World Cup game and know update keep eyes in our side.