Italian largest professional football competition Serie A is currently sponsoring by TIM, which is known Serie A TIM throughout the world. It was officially established in 1898 and from 1929 round robin tournament has started. Serie A is considered as one of the top football league tournament around the world which is standing in 4th position by popularity after Spanish La Liga, German Bundesliga and English Premier League as stated by UEFA. According to the International Federation of Football History & Statistics (IFFHS), it is also regarded the 2nd strongest national league tournament. 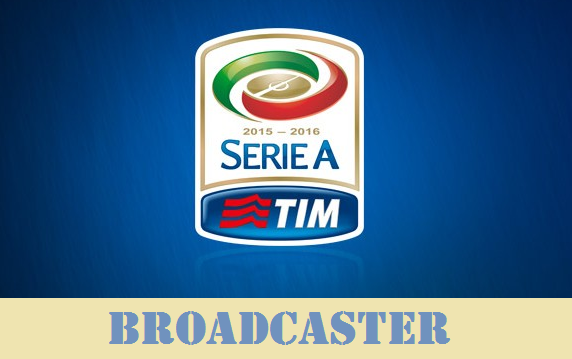 Serie A is one of the most watched league competition where many countries used to telecast the matches of Serie A in their own countries. Currently, two renowned broadcasters named Sky Italia and Mediaset Premium have claimed the rights to live coverage every Serie A 2016/17 season matches in Italy in exchange for large amount of money. On the other hand, another Italian network RAI has confirmed the deal to telecast only the highlights of Serie A matches. Besides, BT Sport will broadcast Serie A matches in United Kingdom in the season of 2016/17 like before, beIN sports will telecast in many countries including Spain, United States, Australia. Here we provide the full broadcaster of Serie A in 2016/17 season which have confirmed the deal.

Also, there are so many countries have got the rights to show the matches of Italian Serie A like KBS Sports in South Korea, Super Sport in Albania, Kujtesa in Kosovo, HiTV in Nigeria and so on. Some networks will also broadcast the Serie A for free and some have claimed money.

Many famous players from different countries used to participate in different clubs in Serie A like Juventus, napoli, Inter Milan, Milan, Roma and so on. Basically, Serie A is more popular than before for it’s big three clubs named Juventus, Internazionale and Milan. They are also the founding members of Serie A. They have huge number of fans across the world and so their viewers are increasing day by day. So, most of the satellite networks have highly inspired to broadcast the matches of Serie A.

Apart from it, anyone can enjoy the exciting matches of Serie A TIM through internet as well as our site.