This is the Spain’s last group match which appointed in the Kaliningrad Stadium On 25th June. It is also the days last match which plays at 19:00. Spain, the 2010 world champion also favorite of this championship. They have already finished to play with Portugal and Iran. This time for Morocco. Spain vs Morocco clash will be good fight as Morocco also a tough contestant of the competition.

Spain defeated two on two times of Morocco in international matches and Morocco could not grab against them. However a numbers of fans following eagerly waiting for the high voltage match. A huge number Sports network will cast the game in different corner of the world.  You can enjoy it also in online. Here the detail about it.

Match between: Spain vs Morocco (B) 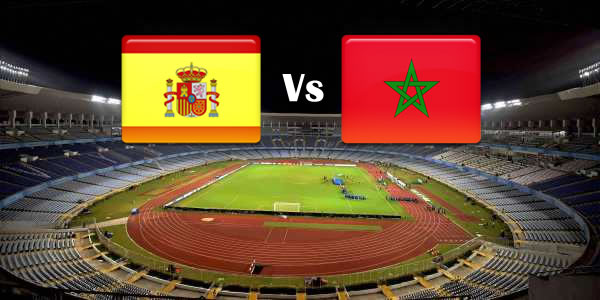 Spain showed a poor performance in the Brazil World Cup. Despite of their being performance the is favorite of group B so far. The friendlies of the team was so good as they trashed Argentina in big distance of score 6-1. And with Germany they have drawn of 1-1. They have enough power to defeat Morocco in this clash. Obviously Spain are strong favorite of the game.  All the side of the team as well as defender, midfielder, forward along with goalkeeper so much talented and they related with the biggest football club so far.

On the other side Morocco will give tight fight to the opposition. They need more conscious and tight to the defense. If their striker can break the Spain defense, then it could be possible something.