Although the authorities haven’t taken any decision yet on the ongoing season’s future, the EPL giants are considering whom they want to sign in the upcoming transfer window. Heavyweights like Man Utd, Man City, Chelsea, Liverpool are preparing to launch their bids. A number of star players are ready to change their shelter. But the biggest name on the chart is probably Tottenham as well as England national team captain Harry Kane. The number nine has a big chance to leave the North London based side. Thus so many European giants are after him and monitoring the star striker. 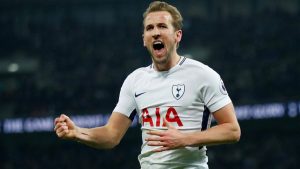 The prolific goal scorer recently revealed that he wants to leave the Lilywhites. He added that, he wants depart just for the club’s sake. Reports claiming that, Tottenham Hotspur chairman Daniel Levy will consider selling Kane if any club offers around 200 million GBP. Actually the mentioned player signed a 6 years deal with the Spurs in June, 2018. Thus he still has more than 4 years left in the contract and it definitely helps increasing his price. Considering his form in the recent seasons the club will definitely try to grab a huge amount of money even if they let him go.

However, last season’s UEFA Champions League finalists have indicated that, they don’t want to sell their key man to any domestic league rival. But the club is suffering from financial problems. They are badly in need of money. Thus they may consider a bid which would match around the bid PSG made to sign Neymar from FC Barcelona. So Serie A giants Juventus will be in a pole position to sign the English man as they are not domestic rival of the Spurs. Manchester United are huge admirers of the forward but they may face a serious problem due to this condition.

Harry Kane has been one of the best forwards in the English Premier League since the last 6 or 7 years. He has been very much consistent in scoring goals. He proved to be an absolute match winner for the Spurs. The attacker has developed a lot under the coaching of Maurico Pochettino. He was given the club captaincy and also selected as the national team captain. The Walthamstow born footballer won two EPL golden boots in two consecutive season. Apart from this, he has also achieved the FIFA World Cup 2018 Top Goal Scorer’s award. The Three Lions Skipper grabbed it with 6 goals beside his name.