This being a fantastic chance for Sweden and South Korea to grab the match. The next matches of the both side will not so easy. The other teams of the F group is Germany and Mexico. They both are very strong. So it is the golden chance of them to win the match. However, the match will be played at Nizhny Novgorod Stadium on 18th June, Monday. The side is little bit normal than the rest two. The competition will be very tough for the both side. As the world champion existing the same group and to fight with them not easy at all. This match will be fighting because the both side presents same quality. So it could tough to predict about them. The both sides 3 times before and Sweden won once and the rest other was drawn. To know what will happen in the match see the Sweden vs South Korea preview in here. 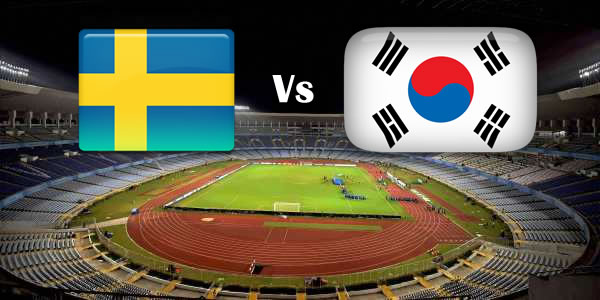 Sweden are favorites of this match. The team is not so hard in their last performance. In their last five matches they got only one win. There are so much lack of star and experienced player in their side. Maximum participants team having a tough squad but they have nothing like that. They really need some good players in the squad.

The same condition is seen to the South Korea, also. They have not any star players in the side. In the team qualifiers game they able to score only eleven times. The both side having the chance of kicked out from the group stage so far. Whatever the future, the present clash will be so interesting as the two teams are same category. The game also chance to be drawn.