Here the preview between  Switzerland vs Costa Rica, will be played on 27th June 2018. This is the group W last match so far. Brazil being the favorite of the group, here also present the team Serbia. Brazil have a good record in the qualifying matches. And their Pre-World Cup matches are also fabulous. However, The Switzerland is also awesome in the WC qualifying matches. They have the chance to blow in the next round.

The Wednesday match will be played at 19:00 in local time. Nizhny Novgorod Stadium will be hosted the match in their own ground. A long list of TV network ready to cover the live event in world wide. Here the full detail of the match is given below. 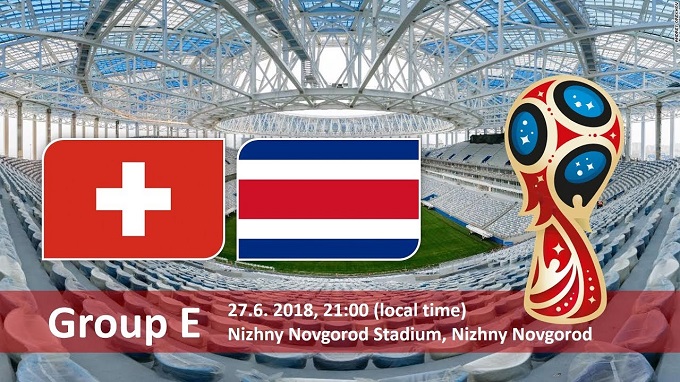 The Swiss, are really outstanding in the qualifying round. Their impressive performance proved that they are the European. As the European they got all advantage of a footballer.  But they have weak side that have no such type of forward or star player. That lacking stop their progress in the football field. If we look out to the biggest football team as well as Brazil, Germany, Argentina they have numbers of star players and so that their progress is so fast.

Costa Rica also quite well team. Their performance, ambition, passion, determination all are good. But those things are not enough to do well in the competition. The team has not any star player in their side. And this is the weak side of the team. However the match is totally have chance to go favor of Switzerland. Enjoy the match BBC, Fox Sports, Sony Tv, Sky and more other channel. You can watch free in online. To know more keep eyes in our side.