Jose Mourinho replaced Luis Van der Gaal at beginning of the year and becomes set as the head coach of Manchester United, which represents the Old Trafford, Greater Manchester. It is one of the best English premier league club, where consisted a huge numbers of star players.Here presenting most of the players has been picked up from England national team and they all are fantastic footballer so far. 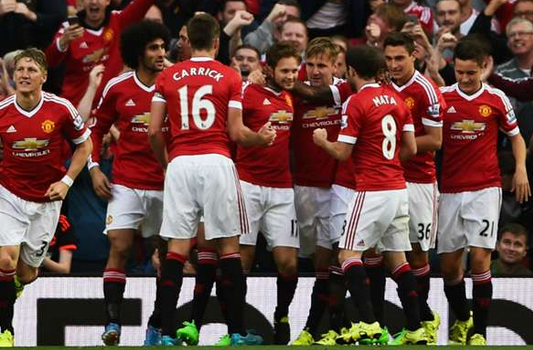 The English Forward Wayne Rooney appointed as the skipper of the team and the central midfielder Michael Carrick became the vice captain of the team. There are total three Spanish footballer included on the club and the giant goalkeeper David De Gea one of them. Let’s have a look the full squad list of Red Devils Club.

It is the entire players list of Manchester United.  The club considering some overseas player in their side as well as striker Anthony Martial from France, Bastian Schweinsteiger from Germany and  Eric Bailly from Ivory coast. There also included three Spanish, two Argentine and some other nation player on the panel. The panel can be changed in any time, if any player join in the side or some leave the club.

The club build up new format of players position for the season. The English youngster Rashford the only forward player according to their new playing formation. The two more striker Wayne Rooney and Anthony Martial will take part as the left winger on the other hand Marouane Fellaini and Juan Mata is set as the right winger.

After interring the side boss Mourinho get busy to set up a strong format for the club. He frame-up for the best players in his side. He already confirmed many deal and still attempt to borrow the leading footballer from different side.His battle for best players still on it is expected that he would not stop his searching until his satisfaction.