Spain is one of the strongest football side in the planet and they have just walked past their golden generation. Spain currently occupies the 6th position in the FIFA ranking. Their spectacular passing football is loved all over the planet. They are one of the serious contenders to seal the historical trophy once again and they can be proved to be too good for any side. They topped the Group G of World Cup qualification of the European region. They won 9 out of their 10 matches and drew the other one. They didn’t taste any single defeat and scored 36 goals and conceded only 3 goals. 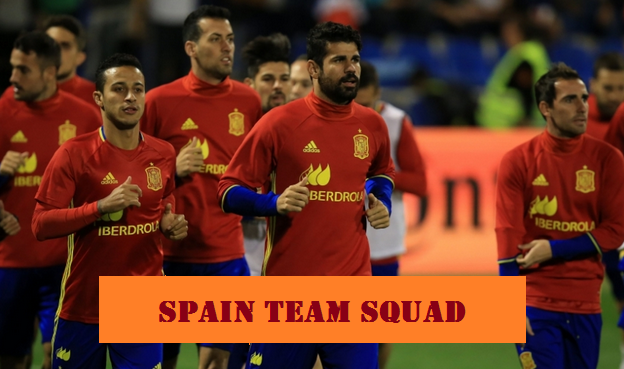 Tournament History : Spain clinched the 2010 edition of the FIFA WC which was arranged in the South Africa under their former Boss Vicente Del Bosque. Despite starting that tournament with a shocking defeat against Switzerland, they went on to win the famous trophy. They are the team to win the WC, scoring least number of goals in a winning campaign. In the latest edition, they were considered as one of the strongest sides but they produced a mammoth shock as they were knocked out from the group stage and Netherlands and Chile marched through their groups. The only victory they grabbed was against Australia.

Recent Results : Spain were the champions of the 2008 and 2012 UEFA Euro and tended to defence their title in the 2016 edition in the France. They secured victories in the first two group stage games but were defeated by Croatia in the last group round game. Then they came head to head with Italy and the Azzurris took the 2012 Euro final’s revenge by defeating the La Furia Rojas.

Background Story of the Team and the Retired Players : Spain has got one of the most balanced squads in the world right now. They have plenty of good options in between the sticks and their number one choice David De Gea the Manchester United shot stopper is the number one in the England’s top flight. The Red Furies’ defence is completely solid which is consisted of with the likes of Sergio Ramos, Gerard Pique, Jordi Alba. In the midfield they have the options like Andres Iniesta, David Silva, Sergio Busquets, Koke, Saul Niguez. Chelsea striker Alvaro Morata will be the key front man for them if they are to regain the lost title back to the Madrid. But they will also miss the services of the likes of Iker Casillas the legendary goal keeper under whose captaincy they won the WC, Xabi Alonso the midfield machine of Bayern Munich and also an important part of Real Madrid. They will miss Xavi Hernandez and David Villa, the Catalan magicians. Villa is the man who scored the most number of goals for the side in their cup winning campaign.