Copa America, previously known as The South American Football Championship which is an International football competition determining the continental champion of America. It is an event which comes after every four years regularly. But in this year 2016, it will be placed again in United states because it will be hundred years anniversary of Copa America. So, it will be a celebrating event which is arranged by both CONMEBOL and CONCACAF where total sixteen teams will join. Among them 10 from CONMEBOL and 6 from CONCACAF. Team Uruguay is the most successful team in the history of Copa America which has got highest 15 (fifteen) times CA title. Last time they got this mighty title in the season of 2011 by defeating Paraguay. In this year, they are very desperate to win this title again. Also their current performance is well enough to win. If we look to their last five matches, they have won three of them destroying Chile (3-0), Colombia (3-0) and Bolivia (2-0) and lost two against Ecuador and Costa Rica due to play their best. Though, they lost two but they have learnt their fault from them and could possibly make a extremely balanced team to give their best in next matches. So, let’s take a look below where possible team squad of Chile is listed. 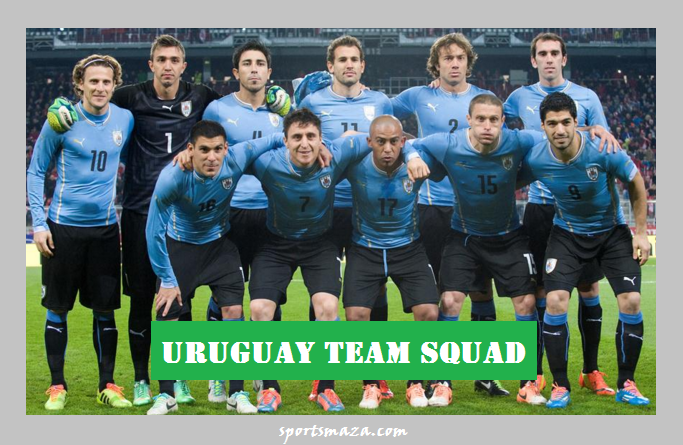 Though, team Uruguay is currently standing in 11th position according to FIFA ranking but they still have some world class young and talented player captained by a famous defender Diego Godin. They also have Carlos Sanchez, Michael Santos, Edinson Cavani and the great Luis Suarez. Luis Suarez is one of the talkative footballer nowadays. In the year of 2015-16, he has got 19 goals where he has played 20 apps in club football. No doubt,he is a talented player. And for national team, he played 6 apps and got 5 goals in 2014. He is passing his best time now. So, let’s take a look below where possible best eleven is given.

Uruguay won total 15 titles of Copa America Championship.In last 2011 they won the title against Paraguay in the final by scoring 3-0 goals. Such kind of case would possibly happen again according to the opinion of football genius.