The South American Football Championship, simply known as Copa America which is an International football competition determining the continental champion of America which is one of the most prestigious and most widely viewed sporting events in the world now a days. Cause of completion of 100 years of Copa America, this year 2016 it will be held again though last year it was held on too. This is why this year Copa America is called Copa America Centenario 2016. This year CA will be placed United States which will be the first time hosted outside of South America. This tournament will be the 45th edition since its inception in 1916. As a result of an agreement between CONMEBOL and CONCACAF, this year it will be special edition where expanding participant from 10 to 16 teams where 10 teams from CONMEBOL and 6 teams from CONCACAF. USA is one of them as a CONCACAF and host nation which is the first time for USA in Copa America. Though, USA is currently standing on 32th position according to FIFA ranking but their recent performance is very good. If we look to the last two matches of USA, they defeat Canada by scoring 1-0 goal and beat Iceland by 3-2 goals. The famous USA forward Jozy Altidore has got 1 goal each in both two matches. Also USA has a fearsome forward cum attacking midfielder named Clint Dempsey who is in form now. So, it will be an opportunity for them to prove themselves as worthy for the title in Copa America centenario 2016. Let’s take a look of United State’s (USA) Possibly team squad for Copa America 2016 is listed below. 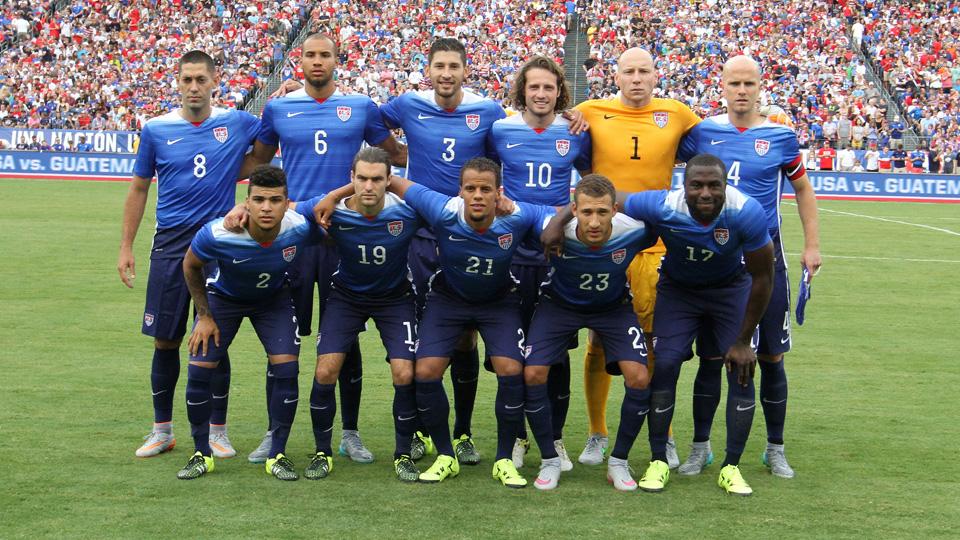 [Main squad will be published on around April, 2016. Stay with us to get up to date list]

United States (USA) has some good players led by Michael Bradley and coached by Jurgen Klinsmann. The coach of the team is very hopeful for them that they might have possibly strength to defeat any football nation. They have two best forward named Clint Dempsey and Jozy Altidore. They are both in form now.It would be a tough job to stop them both. But,team USA is first time in Copa America. So, lack of experience they could suffer but they have an extra advantage which is they are the host nation and they will play in their known field and their lots of supporters will be their to support them. That will give them more confident which could make them to win. Possibly best eleven is given below.

Though, it will be the first time to USA in Copa America but they should use this opportunity to win this title and make it a history. Stay with Sports Maza for more update.