UEFA European Championship, simply known as UEFA Euro. UEFA EURO 2016 will be the 16th edition of UEFA European Championship which will be held in France from 10th June to 10th July 2016. It will be the first time in the history that this tournament is going to be held among 24 teams.Wales is one of the most strongest pretender for the this title. Though,Wales is standing in 17th position according to FIFA statistics now but their current performance is so good. They have possibly strength to defeat any team as well as in UEFA Championship. 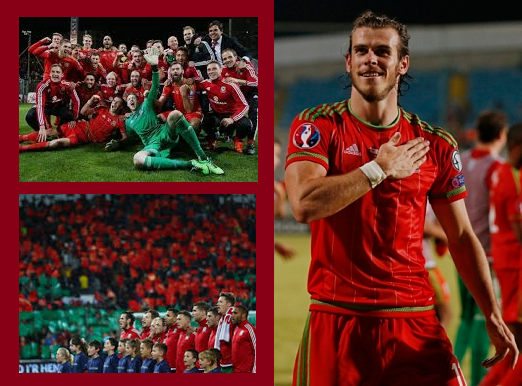 [Final player shortlist of Belgium for Euro Championship isn’t published yet. Just after the announcement, you can see the update here]

Yes of course, Wales have some good and talented players led by Ashley Williams and coached by Chris Coleman. Ashley Williams is one of the best defender in the world now a days. Also they have more defenders like Ben Davies, Chris Gunter and so on and they are in form now. Yes, Wales has world-famous forward named Gareth Bale. He is one of the most talkative young footballer now and one of the top goalscorer in Wales national football team. It’s really a tough job to stop him in field. Above stated players should be in possibly best eleven. Let’s take a look into the possibly best eleven listed below.

Qualifying group stage matches of UEFA EURO 2016 was hard enough for Wales where they totally played 10 matches and won 6 matches, Drawn 3 and lost 1 against Bosnia and Herzegovina which is listed below.

From the Wales statistics of UEFA EURO qualifying matches 2016, it is clear that Wales performance was really good. Into the first match against Andorra, they defeated them by scoring 2-1 goals. Following next match was drawn against Bosnia and Herzegovina. Both team could not place one goal. And next, they defeated Cyprus but in next matches they again drawn against Belgium. Among the rest matches, they lost one against Bosnia and Herzegovina by scoring 0-2 goals and drawn one against Israel. Rest of the matches, they won. Though, it was difficult for Wales to qualify this round but still they are most balanced team squad who can possibly win this title for the first time if they will play under their own capability.