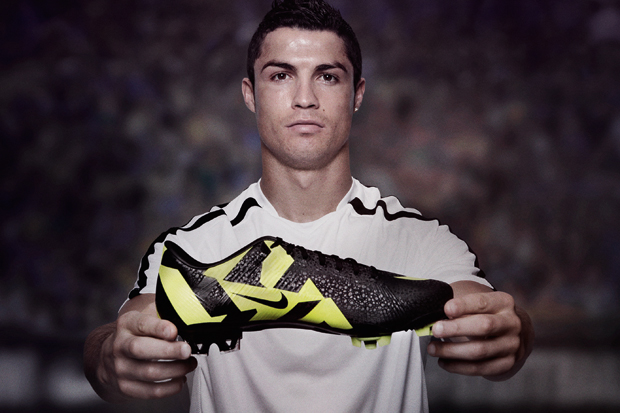 Boot is a very essential things for a footballer. Jersey or kits sponsors is out of hand of the footballers, for these things company deals with the teams and the player wear what the other team meat wear. But the player has right to deal for the boot with the company. Every year many boot company spends hundred of million to deal with players. Guys here we make a content about the top ten highest boot dealing players.

# 10. Neymar (Nike) – $ 1 Million Per Year: The 22 years Brazilian footballer is now one of the superstar player and he is playing very good in his club also in his national team. Neymar is also famous in outside of Europe. So his choice has a big demand in the world and he has also contract with many big companies. Neymar made a contract with Nike for wearing their boot. Nike signed an eleven year contract with him and he in the third year in this deal. Neymar is one of the famous player and he is playing in the world biggest club Barcelona, so he is one of the marketing dreams of many company. He currently wears Nike’s Hypervenom Phantom boot.

# 09. Wayne Rooney (Nike) – $ 1.67 Million Per Year: Wayne Rooney is one of the successful player in English Premier league. He made a new deal with Manchester United last year and he is now earning $26 in a year. Rooney has deal with many big company and his boot sponsor is Nike. Nike pays him $1.67 million per year for their boots. Rooney wears NIke’s Hypervenom Phantom boots.

# 08. Sergio Aguero (Puma) – $ 2 Million Per Year: Sergio Aguero is the son-in-law of Diego Maradona is transferred Atletico Madrid to Manchester City at 2006. He is now in full of form in Manchester City. Aguero wearing now evoSpeed 1.2 boots which is made by Puma. The German manufacturer company is also a biggest company and this company pays him $ 2 million per year.

# 07. Lionel Messi (Adidas) – $ 3.34 Million Per Year: Lionel Messi is very famous superstar footballer and he is now playing in one of the world best club Barcelona. At the first time on his career he worked with Nike, after the ended of the deal with Adidas. Now he his wearing F50 adiZero boot and Adidas made a version of this boot and they gives it official name “F50 Messi SG”. This is the second shoes which named a player and the first being for David Beckham. Adidas paid Messi $ 3.34 per year for wearing their boots.

# 06. Mesut Ozil (Adidas) – $ 4.9 Million Per Year: Mesut Ozil is playing now in Arsenal. He was headlines when he moved to Arsenal form Real Madrid and he was made a record deal with Arsenal for £42.5 when he changed his club. As a German player or as a Arsenal player Ozil played well now. He had a deal with Nike for his boot and after the end of that deal he deal with Adidas. Adidas pays him $ 4.9 million every year.

# 05. Cesc Fabregas (Puma) – $ 5.34 Million Per Year: Cesc Fabregas is now playing in Chelsea and he played another two biggest club Arsenal and Barcelona. His career was starting at Arsenal, he is a play maker and a well known dribbler in world wide. First he was deal with Nike but after the end of the deal he made a deal with Puma and he wares Puma’s PowerCat 1 version shoes. Puma paid him $5.34 million per year.

# 04. Gareth Bale (Adidas) – $ 5.5 Million Per Year: Gareth Bale is the highest transferred player in La Liga. He is playing now in Real Madrid and this Wales player is in good form in his team. Recently Adidas has signed with Bale a six year contract. F50 adiZero line is the footwear of Bale. Adidas paid $5.5 million every year to Bale for wearing this.

# 03. Mario Balotelli (Puma) – $ 6.9 Million Per Year: Mario Balotelli is a famous footballer in field and also out of the field for his attitude. He is wearing Pumas boot and last year Puma made a deal with him $6.9 million for every year. Balotelli wear Puma’s Evopower 1 and this boot is specially made for him.

# 02. Cristiano Ronaldo (Nike) – 8.35 Million Per Year: The famous Real Madrid player Cristiano Ronaldo is not only a footballer he is also a dreaming hero of many of his fans. He transferred Real Madrid form Manchester City in 2009 and he played amazing in this club. He is the brad sponsor of many companies and his boot provider company is Nike. The American company Nike pays him $ 8.35 million per year for wearing their boots and when the deal was expired 2014 he made a new deal with Nike and it is may be $ 13.4 million per year. He wear Nike’s Mercurial Vapor IX boot and this is one of the customs boot of Nike.

Different player wears different companies boot and there are many company deals with many star player. Boot manufacturing company spends a lot of money to sponsoring their brand. Guys stay with us for more news.