Turkish Super Lig worldwide known as Super Lig is a professional football league based on Turkey. This is officially known as Spor Toto Super Lig cause of sponsoring by Spor Toto. This most popular club football tournament of Turkey is one of the high ranked league in the confederation of UEFA where the winner of this league used to qualifies for the UEFA Champions League automatically. 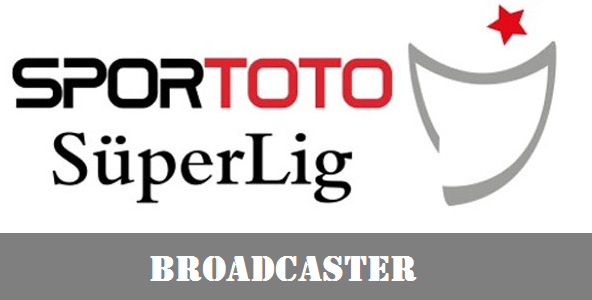 Combining a lot of local and overseas famous footballer, Super Lig is considered the largest football competition after Spanish La Liga, German Bundesliga, English Premier League and Italian Serie A. It is an annual football event where around eighteen (18) clubs used to compete. The season used to start from August and end up in next May. Though it is a biggest event of football but most of the media used to broadcast only above mentioned competition. Only few number of TV network live telecast this annual event of football. Here we are provide broadcasters shortlist below which will telecast this season 2016/17 matches.

Lig TV or Digiturk is a Turkish satellite channel which made an agreement with Turkish Football Federation (TFF) in exchange for US$450 million/year to broadcast all matches of Super League in Turkey in 2016/17 season. TRT was the 1st network in Turkey which was TV coverage of this tournament. This season 2016/17, TRT has won the package B in exchange for US $40.21 million and Turk Telecom has claimed Package C right with US $13.5 million to broadcast Super League where Package B includes to broadcast only fifteen minutes live of this tournament and Package C is only 3 minutes summaries. A leading international TV right organization MP & Silva has already made a deal with TFF/Digiturk with two years lasting to broadcast Super League of Turkey as well as top division football competition in Turkey. They are committed to take Super Lig popularity high enough and increasing presence of media.

Established in 1959 which has passed already 60 season where most winner club is Galatasaray by grabbing highest 20th titles. Total five teams have won 60 titles where Galatasaray won 20, Fenerbahce won 19, Besiktas won 13, Trabzonspor won 6 and Bursaspor won 1 title. Total eighteen (18) top clubs in Turkey used to take part in Turkish Lig where  one club plays with other seventeen (17) clubs twice. One in home and rest one is away. So, each club used to play total 34 matches in a season. Each team would receive three points for a won and one points for draw. At the season end, the club gathers more point is the season champion.

Turkish star Hakan Sukur is the top goal scorer in this league history by scoring 249 goals by 487 apps and Tanju Colak is 2nd in position by scoring 240 goals. Oguz Cetin is the most appearance player of all time in by 503 apps.

Though, Turkish Super League is one of the largest football competition but it’s media coverage is not enough. As a result, it’s audience is so poor. If Digiturk, MP & Silva will cover next season properly, it will increase surely.