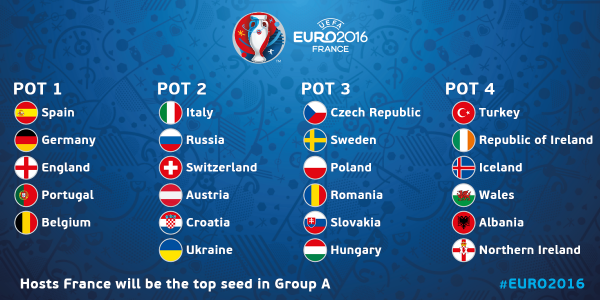 This is first time 24 teams will play in UEFA Euro cup, 23 teams has selected after playing the qualifying round and France will play directly as a hosting country. All teams will divide in to six group and every group will has four members.

# Round of sixteen (Knock out round) (All times CET)

The full fixture is not publish yet and the teams will divide in to six group at 12 December 2016. France is ready to arrange this big tournament. The UEFA Euro cup will start at 10 June 2016 and it will finish at 10 July 2016. The biggest football tournament is ready for kick out and are you ready guys enjoy it?