Corona Virus got the better of football just like every other normal day to day activities. The scary virus has completely stopped the world and left almost every single person stunned. Initially it was supposed to be just a flu but the epidemic has gone way beyond everyone’s expectation. China became the very first sufferer of this disease but it took very short time to spread and affected the whole Europe. Neither the authorities nor the spectators were ready to see such situation but it forced to stop all the major domestic competitions in Europe. Starting with the suspension of the Spanish La Liga, Serie A it also forced to stop Ligue 1, EPL as well as the German Bundesliga. 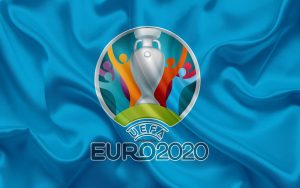 While the football lovers along with the footballers were keen to keep themselves safe from this virus, they had to digest another big blow. The governing body of the European football, UEFA has ensured the postponement of the UEFA Euro 2020 for a year. The tournament was scheduled to take place in June and July of 2020. But this unexpected condition won’t let it happen in time as now the competition will feature in 2021.

UEFA held a teleconference on the last Tuesday and revealed a statement. In that statement, the organization emphasized on the health of all those involved in the game. It was also very keen to avoid placing any unnecessary pressure on national public services. Moreover, the move will help all on hold domestic competitions to be completed. The association has declared the complete stoppage of all competitions and matches (including friendlies) for clubs and national teams for both men and women until further notice. The upper mentioned competition’s play-off matches as well as friendlies which were set to be played on March, now may take place in the upcoming June. But there will be a certain review of the situation prior to that.

UEFA president Aleksander Ceferin revealed that the health of fans, staff and players will be their number one priority. A range of options were taken to finish the season safely. The 52 years old was jubilant enough with the response of his colleagues across European football. The Slovenian labelled it as the real spirit of co-operation. He also added that everyone recognized that they had to sacrifice something in order to achieve the best result. Whatever, the 16th edition of the biggest European football carnival will start on 11th June 2021 and will finish just a month later and will be hosted by 12 venues of 12 different cities.