This is the time of third and final round of group stage of A group between Uruguay v Russia. The host Russia already played two games and this time they going to face Uruguay. Uruguay is most strong team of the group and to fight with them will not so for the host.

The match arguably great to watch with houseful of Samara Stadium. The group Another contestant are Saudi Arabia and  Egypt. Undoubtedly Uruguay being the team who have sure capacity to reach in the next level. The game will be played on 25th June, Monday. The match taken place at 15:00. Uruguay and Russia played just one game and interestingly the match result was drawn. In World Cup it is their first meeting so far. Watch the match live on BBC, ITV along with Fox and Sony TV. To know more about the event keep eying our post. 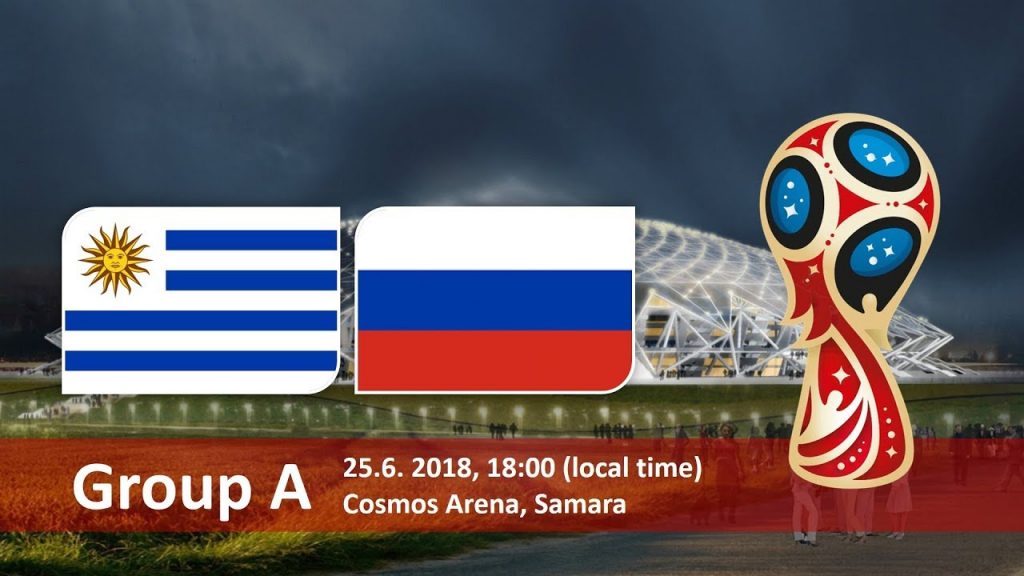 Uruguay vs Russia match will be great to watch and enjoyable also. Uruguay being the favorite the match comfortably. If we see the Uruguay squad they have the best forward Luis Suarez who plays for La Liga giant Barcelona.  Uruguay the team who comes from South America region where Brazil lead the side. They are on the same line. The team qualified for the tournament by fighting with many strong team. In China Cup, they recently defeating Wales.