Uruguay and Saudi Arabia grouping with host nation Russia in Group A. It is really dislike for the contestant to fight with host country. Because the host nation always given the advantage in the field and obviously the gallery full of their fans. However, Uruguay will fight the next match with the host Rusia so far. This time their fight against Saudi Arabia which is an Asian country. After Egypt it’s time for Saudi Arabia which plays on Wednesday, 20th June. The venue for the game set on Rostov Arena. This is the fifth appearance of the SA team in World Cup competition. They just once able to cross the group round in 1994. Uruguay vs Saudi Arabia preview is here to read detail. The game start on local time 13:00. Watch free online here.

TV network: BBC, Sony TV, Sky TV and also many other channel will live telecast the game all over the world. 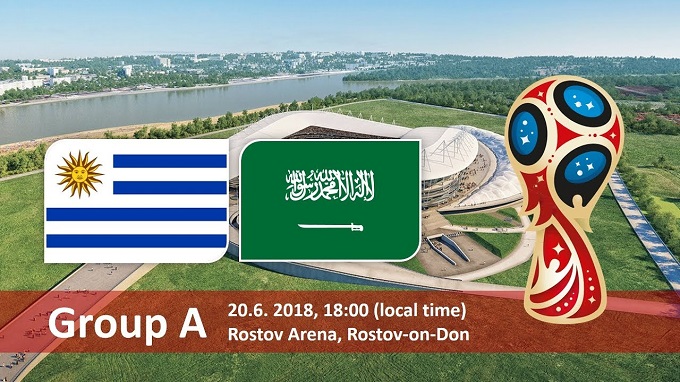 Here we given the game detail and the prediction. To watch the last performance her we predict the game in Uruguay’s favor. The team also favorite of the group. They have the great chance to win the match so far.They have the full chance to go the next round of 26 fro group A. From the south American region the team got the second place, where Brazil having the first place. SA finished the qualifying round by fighting against Japan, UAE and Australia. Undoubtedly it is a complicated group and to defeat them was not so easy. But they done that. They win over Japan 1-0 goal.

It is true Uruguay team very strong than the SA team. They have star player Edinson Cavani and Barca star Luis Suarez. So it will interesting to watch the game so far. So guys don’t miss the game in any means. If you unable to watch it on TV, enjoy the live streaming on here.