The Leicester City striker Jamie Vardy is on fire. He broke the height goal scores record of English premier league and now he is the the top goal scorer of the English Premier League. Vardey scored many goal of this session and his score is equal both Massi and Ronaldo’s combine score in this session. 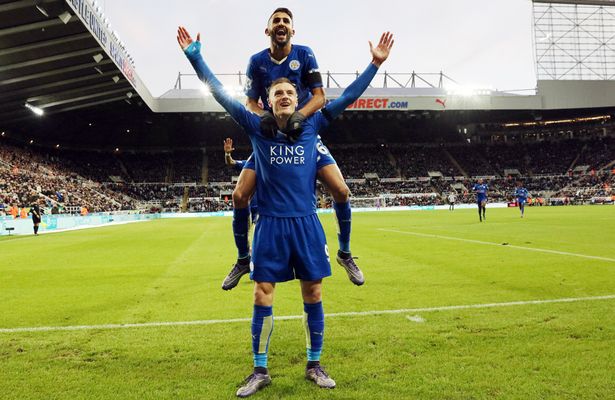 The great Lional Messi, Cristiano Ronaldo will compete for Ballon d’Or with Neymar and they both scored 15 goals in this session combined.

Messi was out for a long time from field for his injury and he scored five goal and also made 10 appeared in premier division football. Messi has suffered knee injury and he was out for two month for cause of this.

Ronaldo scored 10 goals in La Liga, He is also trying to score in big game. Real Madrid also struggle in big matches to win but could not win, latest example is they losses against Villarreal by 1 goal.

Vardey goals have comes just 16 appearance and his team Leicester City is stands top position in Premier League and he also broke the height goal record of Premier league.