Chelsea and West Ham are two English clubs which are usually competes in Premier League every season. Now, they have just finished their pre season schedule this summer and heading for upcoming challenge. Their next challenge will be in Premier League 2016/17. Chelsea is examined one of the Big Four club in Premier League by winning EPL title four times where last time they grabbed it in 2014/15. On the other hand, the Hammers did not claim any title yet but their last season standing is better than the Blues. This both teams are scheduled to play their inaugural match in upcoming Premier League 2016/17 against each other with will be place din next 15th August, 2016. Ahead of their upcoming match, here we present their recent statistics and also head to head comparison below.

The Pensioners have fought against the Irons 91 times before where their first match was held in 31st August, 2016 and there West Ham destroyed Chelsea by 3 – 1 goals. Since then, many time has passed and last time they met in 19th March, 2016 where the game was drawn by 2 – 2. Among 91 matches, the Pensioners won 38 and the Irons won 34. Rest 19 matches were drawn. 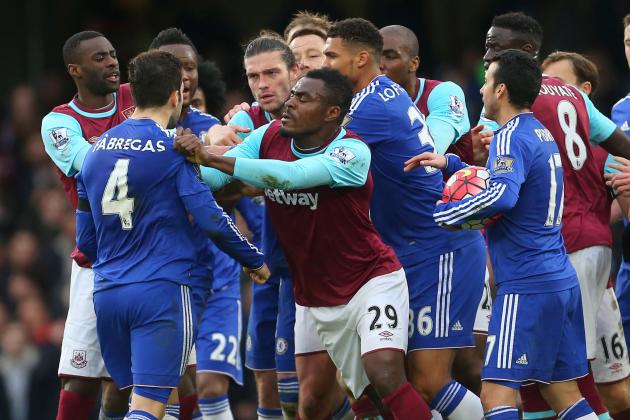 If we look to the last five games between them, Chelsea won twice and West Ham won once. Two matches were drawn.

Upcoming match between them will be their 92nd fight between them which will be staged at Stamford Bridge. It is the home ground of Chelsea. It will also give them advantage and probably they will win the match. Let’s see their upcoming matches list below.

# Upcoming Matches Between the Pensioners & the Irons:

# Last Five matches Results of the Pensioners: According to the last five matches of the Blues, they won four and lost only one against Real Madrid. Let’s see them details below.

# Last Five Matches Results of the Irons: On the other hand, the Irons lost three matches out of their last five and won twice.

# Prediction: Although, they are seems same category clubs and their power are almost same, but Chelsea would perhaps win their next match due to the playing ground. So, the prediction is – Chelsea 2 – 1 West Ham United.