The great opportunity of Serbia and Switzerland finally coming out on 22nd June, 2018. This became last match of Friday which will be held at 19:00 in Kaliningrad Stadium, Russia. The both side grouping with Brazil and Costa Rica. So it is very tough to win over them. so they should not miss the chance of winning the match, if they eager to reach in the next stage.

Serbia improved their performance. They are played against Wales, Republic of Ireland and also with Austria. Their qualifying round was not easy but they reached in the World Cup tournament final. As the days passing they seeing more improvement. 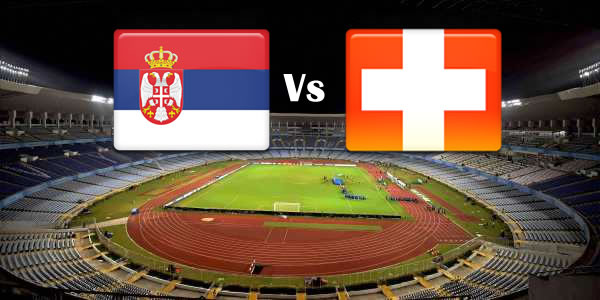 On the other side about Switzerland, their WC qualifying group was easy but they have the experience of playing wit Portugal, Hungary and some other biggest team. The Swiss are confident to overcome the match. However the match will live coverage by BBC and ITV. Some other channel also cst the game in different corner of the world. Watch free Serbia vs Switzerland live streaming here in online. The more details given in below.

Match between: Serbia versus Switzerland

Switzerland considered as the favorite of the game. The cause of installing them favorite because of their solid figure. They have a strong squad along with frontline and defending side. The attacking side decorated with great talents like Seferovic, Breel Embolo and Josip Drmic.

The Serbia attacking side also very strong with Aleksandar Mitrovic. They are very confident to grab the match. So it is the game which is very tough to predict one’s favor. The both side not met in before and this being the first clash of the team so far. Both side have the equal chance to win the match. No one should give up the opportunity of winning 3 points.

World wide a numbers of TV network will cover the live game. So enjoy the most happening game in our site.