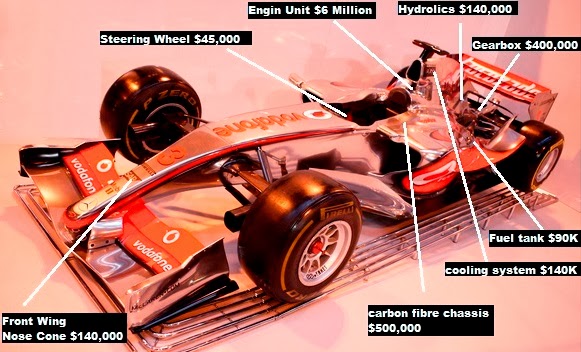 This is the basic car cost of Formula 1 and here also many cost in Formula 1 their are engine, tyres, fuel cost etc. we also describe the cost of that thing.

The engine of Formula 1 car: The new rule of Formula 1 the car engine will “1.6-litre turbo-charged V6 engines”. And this engine cost is $14 million per car.