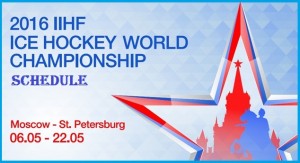 IIHF World Championship 2016, the annual men’s Ice hockey competition going to be hosted in Russia. The modern format of the competition modified with 16 team which are conflicted into two groups, Group A and Group B. Each group consisted 8 teams. Canada became the defending champion of the tournament and grab the trophy most […]