IIHF World Championship 2016, the annual men’s Ice hockey competition going to be hosted in Russia. The modern format of the competition modified with 16 team which are conflicted into two groups, Group A and Group B. Each group consisted 8 teams. Canada became the defending champion of the tournament and grab the trophy most time. The schedule date confirmed from 6 to 22 May, 2016. All the matches will be hosted by 2 cities (Moscow and Saint Petersburg) in Russia. Here we providing the match schedule and participants list. 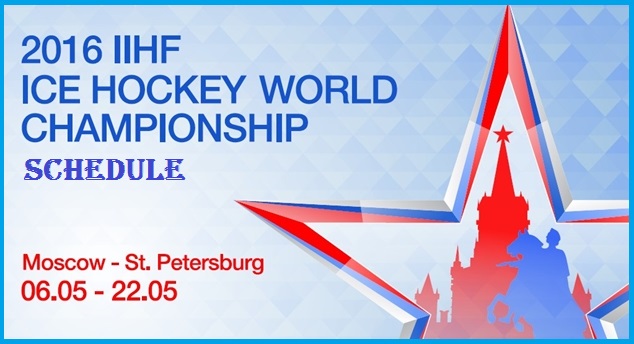 The Ice Hockey World Championships tournament organized by the IIHF (International Ice Hockey Federation). The group round of the tournament will be held from 6th to 17th May and the top eight teams will be qualified for the playoff medal round. Among of them them one team will be coronated as the champion.