Motul TT Assen or Dutch MotoGP is one of the eighteen moto racing competition which used to be held every calendar year across the world which are arranged by Federation Internationale de Motocyclisme (FIM). Dutch motoGP is one of them as a most popular and exciting tournament which generally placed in Netherlands in every year since 1925. It used to place in the arena of TT Circuit Assen which is placed in Assen, Netherlands. 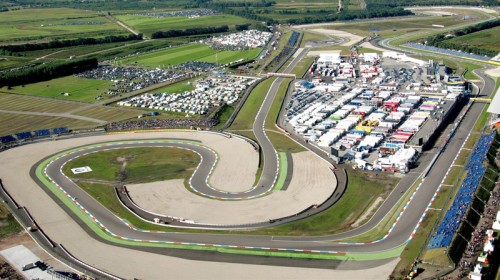 Let’s take a look below where the complete result of Dutch motoGP 2016 is given.

[As soon as the competition result will be published, you can find the update here.]

Netherlands motoGP is the 8th in number to be held in motoGP season. Before it, already seven event have passed this year. Above listed ranking is based on previous tournament. Spanish Marc Marquez is currently standing in top position with 125 points. Jorge Lorenzo is in 2nd with 115 points and Italian Valentino Rossi is in 3rp position with 103 points. These three riders are the all time best. Among them, Valentino Rossi is the most successful motoGP rider in Dutch motoGP. He has more chance to win it again.