After so many speculation, another season of the largest motorcycle racing tournament MotoGP has come again which will be 69th edition of this fearsome road racing competition. And as usually just before the season start with traditional Qatar Grand Prix, MotoGP news has come to the spotlight and the discussion of the possible winners of this season has already spread out. 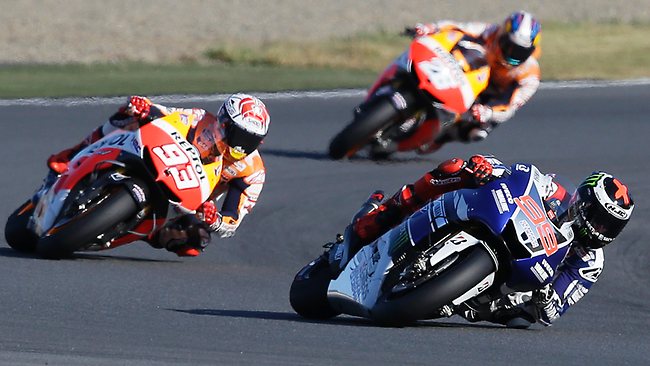 Considering the last season performance of MotoGP, Spanish rider Marc Marquez was announced as the world champion where the legendary rider Valentino Rossi was placed in 2nd position at the end of 2016 season. However, Marc Marquez is the young rider where Rossi is getting old but still fit for the upcoming competition and also regarded as one of the three most potential rider. If we are going to analyze the current performance of the riders, we need to know the current world ranking of the riders as well. So, here we present the current world standing of MotoGP riders below.

Considering the above listed statistics, Marc Marquez is on the top of the ranking table by achieving 298 points and Valentino Rossi is on 2nd position. 2015 MotoGP winner Jorge Lorenzo is in 3rd position with 233 points. However, in last ten seasons of this competition, total four riders won the competition where Marquez and Lorenzo won highest three times each. Rossi and Casey won twice times each. Among this top four riders, Casey Stoner who is currently 31st years old and Australian by birth declared his retirement from MotoGP racing competition since 2012 but rest three racers are still competing with each other.

However, current world standing basically is placed on last season performances of the riders and now, we talk about the last season performances. In last season, the MotoGP competition started with Qatar Grand Prix where Lorenzo was placed on the top , Marquez in 3rd and Rossi was in 4th position. But rest two competition is Argentina and United STates, Marquez achieved the top position. On the other side, Valentino Rossi had to wait till the 4th competition to achieve the top position which was staged in Spain. Most of the competitions of MotoGP in last season were won by this three riders and so, at the end, they grabbed top three positions.