Juventus’ Teenager Moise Kean writes his name in the history book. He has become the first 2000- born footballer to play in the Serie-A as well as the UEFA Champions League. Moise is the first footballer, born in the new millennium to play in the highest level’s league in the European football.

The teenager boy made history on Juve’s 3-1 victory against the Spanish giant Sevilla on the Tuesday night. He came on as a substitute player & replaced Bosnian playmaker Miralem Pjanic on the 84th minute, just moments before The Bianconeris regained the lead with Leonardo Bonucci’s goal. Juventus sealed the round of last 16 with this victory against the current Europa League champions at the Ramon Sanchez Pizjuan.

Moise Kean was born in February 2000 & is still less than 17 years, has made history twice on the same week. Just three days before his UCL debut he made history in the Serie-A too when he replaced Croatian striker Mario Mandzukic to feature for the current Serie-A champions on their 3-0 victory against Pescara. He played in the last 6 minutes of the normal time for the Zebras on the Saturday night at the Juventus stadium. 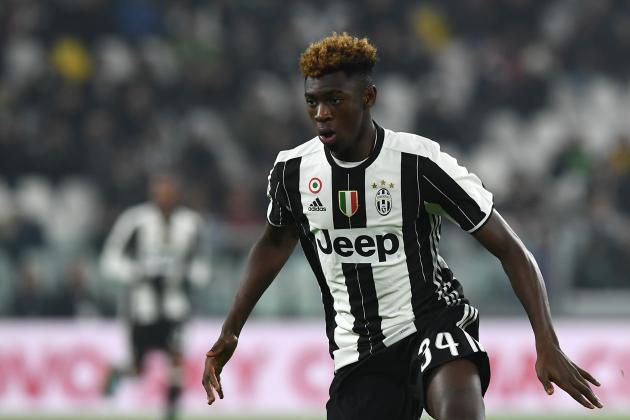 The young prospect was named in the substitution list 5 times in the league & two times in the UCL by his manager Massimiliano Allegri but didn’t get the chance to feature in the pitch, before the last weekend.

The wonderkid was born to Ivorian parents in the Italian province of Vercelli. Renato Biasi introduced him to Asti’s youth side. Then he joined Torino. Moise Kean signed for Juventus in 2010 when he was only 10. Six years later, he has made the breakthrough, which is the biggest incident of his career so far.

The history maker Moise’s team Juventus is flying high both in the Italian league & Champions league. The Turin based club has got 33 points from it’s first 13 games in the Serie-A. They are clear 7 points ahead than the second placed rival AS Roma & looking for their sixth consecutive league titles which will be their 33rd glory in the highest level of Italian football. Juve are also the group table topper with 11 points from the first 5 games of the group stage in the UCL. Their last match’s opponent Sevilla has got 10 points & one point behind than the Italian champions.

There are some other exciting young footballers who are considered valuable prospect for their clubs. West Brom’s Kane Wilson & Jonathan Leko, Hull City’s Josh Tymon, Sunderland’s Joel Asoro & Stoke City’s Thibaud Verlinden are the youngest footballers who were named in the premier league bench this season.