The whole world is suffering from the World Cup football fever. This year’s FIFA World Cup organizing in Russia and the next event in Qatar in 2022, it was certain in before. But the 2026 WC will be organized by America, Canada and Mexico in jointly. The name of the three countries of North America – United States of America, Canada and Mexico – declared Morocco as the host of the World Cup.

On June 13 (Wednesday), the United States, Canada and Mexico have won the rights to host the 2026 World Cup by holding 134 votes in the elections for the WC championship. Another participant Morocco got 65 votes. 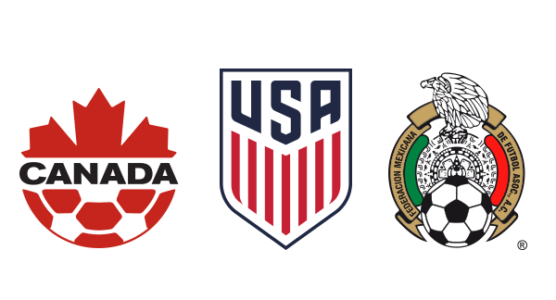 Morocco was the main competitor of those three countries, running to host 2026 tournament. Later, in the light of the FIFA Evaluation Task Force examining the number 5, Morocco got 2.07. On the other hand, US-Canada-Mexico joint offers the remain points.

In the FIFA congress, on Wednesday, Africa was voted as the host country to win the African country, three North American countries. It gets 134 votes. Morocco got 65 votes only.

Earlier in 1970 and 1986 the WC tournament was hosted in Mexico. The 1994 event was held in the USA. And in 2015, the women’s football WC was in Canada. The country has no previous experience of hosting the championship in before. So it will be their first experience of hosting such a big event.

2026 will be the biggest event in the WC history. 48 countries will play for the first time. The 34-day tournament will be a total of 80 matches.

The 23rd championship will be held in 16 cities. Of these 10 places in the United States. The remaining 6 will be shared between Canada and Mexico. The finals will be held in New York’s 84th-953-meter-wide stadium. All are finalized. It’s going the 21st tournament and after four years the game back again in Qatar. And from now we finalized the 23rd championship. It’s really amazing.

To host such a big event not a easy matter. A country needs to change all interior decoration like stadium, hotels, roads, airports, beach and many other things. So it’s need many time and that’s why the announcement given so early so that they can take all necessary steps.

Earlier, the WC was organized jointly organized for once. South Korea and Japan were jointly hosted in the first which held in Asia in 2002. But if the United States, Mexico and Canada will organize the 2026 tournament, it will be the first time the tournament to be held jointly in 3 countries.