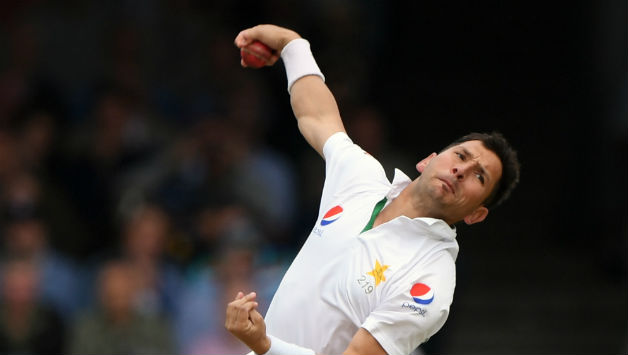 As Misbah was not out yesterday, having Sarfraz Khan in pipeline. Specialists thought around 400 run of Pak team into the first innings of them. But Chris Woakes’s 6 wicket forced the greens to packed up early. Captain able to add only 4 runs more today. Though Sarfraz Khan contribute 25 runs but Rahat Ali & Wahab Riaz’s duck make the innings short. Yasir Shah and Mohammad Amir contribute 11 & 12 runs respectively today. However, 339 run total was a fight score surely. But just when fast bowlers can’t pick wicket, it tensed Pakistani fans. Into that mean time this experienced spinner guide his team to come back into the competition.

Alastair cook started very well and scored 81 runs for his team. Though Alex Hales left the pitch when team score was only 8. Joe Root’s classic batting support the captain. When England’s total score was 118, Yasir Shah picked the wicket of Root. It was not finish. Within collecting more 30 runs, English team lost James Vince and Gary Ballance which was the most turning point of Day 2. Just when Alastair cook bowled by Amir, the match favor goes to Pakistan side. In the end of the 2nd Day of 1st test, English team scored 253 in total by losing 7 wicket. They are trail by 86 run now. Good news for England is that, their bowler Woakes and Broad doing well in batting side as well. Chris Woakes scored not out 31 runs by facing 73 bowls.

Finally the icon of the day is Yasir Shah whose spin magic surprised English batsman today. We can expect a result of this match right now as no one can’t collect big score into the first innings. After the Day 1 favor goes to the green Armies side cause of their heavy fast bowling lineup. But surprisingly, they can’t do well in today. Though spin attack mitigate the wicket demand of Pak team today. But it can be tough job into their 2nd innings surely. Still now, we can vote Pakistan as the favourite of this test match but they need to bat very well into the 2nd innings. In totally, this big match is going on as it should be happen.