Serie A giant AC Milan are plotting a bid for the most crucial player at the time of Chelsea named Oscar and they are going to table the offer in upcoming summer, according to the Italian reports. They are preparing for the Brazilian playmaker approximately £39 million bid which would be enough, they think. Though, he has become a major player in current team of the Blues and almost made five Premier League matches out of the six but it seems that his future would get into trouble at the Stamford Bridge. Because, Conte who has taken charge of the Blues in this season is going to shift his current formation to 3 – 5 – 2 . And if it would change soon, then the Brazilian international would be outnumbered and could be out of Conte’s plan. So, it might not be difficult for Rossoneri to collect one of the most potential player of the Blues in upcoming summer. 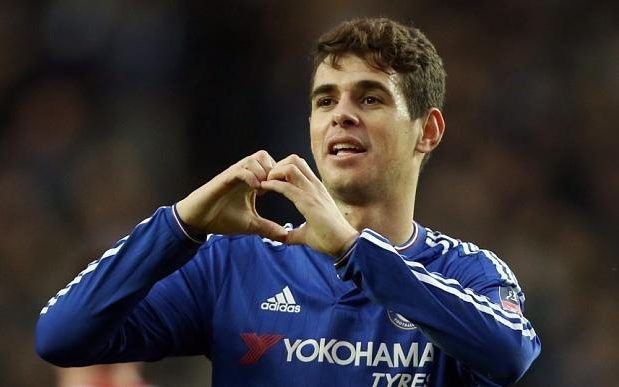 According to the report, Milan are very hopeful for their upcoming season transfer and would be ready by then to splash £39 million which would seems a huge amount and almost double what Chelsea spent to buy him from Internacional in 2012. The Pensioners spent £19.35 million fee reportedly for Oscar and would get double by selling him.

However, the Rossoneri has consecutively missed two Champions League including this season and desperately wants to participate in the highest competition. So, they want best performers in their squad.

25 years old Oscar is regarded as one of the key player of the Brazilian national team as well as club football. He proved himself in every stage of his career but he did not play with the more team only but three. Sao Paulo was his first professional team and later he moved to the Internacional in 2010 where he played 36 appearances and scored 11 goals. His highest appearances with the Blues where he made 127 league appearances and netted 22 times.

On the other side, after taking control of the Blues, Conte wants to reshape the team squad and to ensure this he has already bought four players along with another four free transfer. He also loan out highest 38 players this season. No question about the ability of Conte because he is full of experience but would he be able to bring back the glory to the Stamford Bridge which seems a major question.

However, AC Milan has started their new Serie A season with victory against Torino but unfortunately did not able to win all of them where they have played six league matches this summer and won three of them.