The Rossoneri boss Vincenzo Montella does not want to include any more striker whereas he still has three best striker in his squad. So, he is now focusing on Belgian Adnan Januzaj who plays for the Red Devils but seems outcast. This Belgian international is a winger and so, Milan are keen to recruit him whereas they want to rich their midfield. So, according to that circumstances, Rossoneri wishes to bring this winger at San Siro on loan for a season long but to keep an option to make permanent move.

This 21 years old youngster did not get enough chance to perform with Manchester United though he was there since 2011. He only got chance to play with them in 2013/14 season when David Moyes was the boss of the Red Devils. But during the time of Louis van Gaal, he was out of favour and made only 18 premier League appearance and finally given loan to German side Borussia Dortmund. In last season with the BVB, he made only six appearance and netted none. 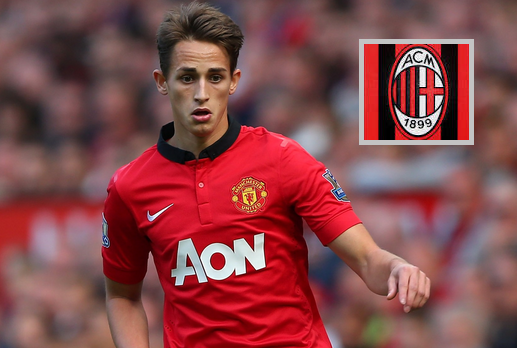 Now, after the loan period end, he has come to the Old Trafford again and he wants to leave the camp. And also the new chief of Manchester United Jose Mourinho wants to give him only but loan whereas he has no plan with this youngster right now. However, the Red Devils have bought Henrikh Mkhitaryan for upcoming Premier League season who is an attacking midfielder and that’s why Januzaj’s possibility of being regular with the Old Trafford would go thinner. So, it is time for him to leave the Old Trafford camp, he realises though he has contract with them which will last for 2018.

Not only the Rossoneri but also Sunderland and Stoke City are also keen to this winger but facing in this competition for the Belgian international, Milan would like to take certain steps where they would like to pay €2.5 million for a loan season where also want to put an option to buy after the season end. They have assured that this winger would get chance to perform with their first team squad.

By part of being FC Brussels in youth career of this Belgian, next he moved to Anderlecht. However, Manchester United was his first senior career where he totally played 50 appearances and scored 5 goals. He also played with the Belgian national team since 2014 and till now made 6 international appearances but netted none.