English Opener Adam Lyth is excited to join BPL team Rangpur Riders. The Left Handed opening batsman is a high profile domestic T20 batsman in England. The Yorkshire top order batter was the highest run scorer in the NatWest T20 blast which was played in the English summer. He scored 535 runs in that campaign for the Headingly based county club. The man from the Northern part of England, scored a record breaking 161 in his side’s victory over defending champion Northamptonshire Steelbacks at the Emerald Headingly, Leeds. 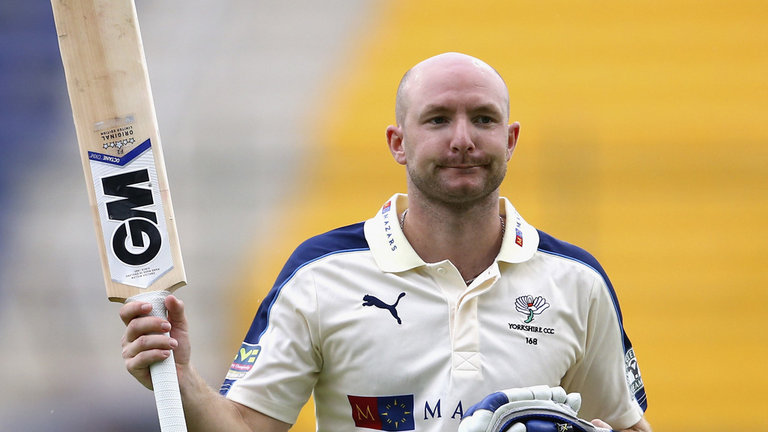 Rangpur Riders, who failed to made it to the play off, in the last campaign, are keen to do much more well on this occasion. They have signed the likes of Chris Gayle, Brendon McCullum, David Willey, Ravi Bopara, Thisara Perera, Samuel Badree. With the likes of former New Zealand skipper Brendon McCullum and T20 king Chris Gayle around, it won’t be easy for Lyth to get a permanent place in the playing XI. But the England international is very keen and excited to feature in the biggest T20 competition of Bangladesh. He will be accompanied there, by his compatriot Bopara, Willey and Birmingham Bears lad Sam Hain.

The 30 years old has appeared in total 85 T20s and scored 1786 runs in his T20 career so far with an average of over 24. He holds a good strike rate of 138 and also took 4 wickets in the shortest format of the game. He is yet to get his debut in the limited format for the England national cricket team but has played 7 tests for the Three Lions. He scored 1 century during his short international career of 4 months.

It will be the first overseas tournament for the cricketer nicknamed “Peanut”. He expressed his thoughts and feelings about the upcoming tournament when he faced the media. The 5 feet 9 inch man said that it is going to be a new challenge for him but he is eager he is all set to meet new people and to play for a new team in a very new place. He talked about Brendon and Chris while asked and said that he would be picking their brains everyday if possible. He is satisfied with his team and labelled it as fantastic. He looks forward to learning many things and also to play a few games. He also added that as it is his first ever overseas tournament, he would have a clear view about the differences between the various leagues.