French footballer Adrien Rabiot is longing to move in Premier League side in future. He has emerged that he is willing to make jump in English club in his future career.

Adrien mentioned that he really liked his time in England. He told on Telefoot that his life was outside of football and it was too amazing to spend the life in England.

He wished himself he would bounce back the side some day. Rabiot thought premier league is the only football for him and the others are not so big level competition. That’s why he so desperate to play for English Club.

The 21 years old exhausted only six months in English side at Manchester City. It was the time when he became quite youth. After that he had played for different side in his youth. He has made 134 appearances for PSG after joining the side in 2012. He is enjoying the side very much. 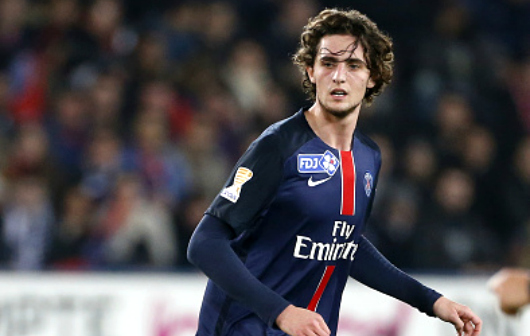 The French man Rabiot has each of PSG’s three league matches of the new season, including the recent 3-1 defeat to Monaco, and still has unfinished business in France before any Premier League comeback.

Rabiot wanted to proved the season that he could be a potential player of the side. His ambition is that to embed himself as the a starter of  Paris SG. He thinks with that the international cognizance will come. And he becomes improved in the national side. The midfielder desperate to make debut in international side. And he promised to work hard to reach his destination. Now his main focus is to select for the national team France in upcoming world Cup.

When he asked his feeling with PSG, he replied with that he is obviously  very happy at the French club PSG. He also mentioned that he would like to stay for a long time with them.

Adrien also revealed that he would be grown up with the side and to become captain of the team. He also prescribed about the undefined future. In club career nothing is permanent and anything could possible in here. As the Summer transfer windows has closed so it’s nothing to worry about the unhappening thing. But the winter window will open in January and once again the club seemed to be very busy by selling and buying players.

So it is not so easy which player will link with which club. So guys enjoy the Summer Season and to get update stay with us.