Premier league club Crystal Palace have appointed Sam Allardyce as their new manager after sacking Alan Pardew. Palace have taken no more than 1 day to reveal their new manager after sacking the previous one. The Eagles were totally out of form this season and a big change was just a matter of time to happen. The big news comes out on Friday and there couldn’t be any bigger news for the Eagle fans just before the Christmas.

The 62 years old big man have signed a 2 and a half year deal with the Glaziers. Alan Pardew was sacked because of the disappointing performances by the Selhurts Park based club. Pardew was appointed as the Palace manager on January 2015 and his time at the Selhurst Park finally comes to an end. Palace is currently in the 17th position in the league table with just 15 points from the first 17 games. They have lost 8 out of their last 10 league matches under Pardew. Their only victory since the start of the October, has come against the Saints. They won 3-0 at home and that is the only victory they gained in last 10 league clashes. 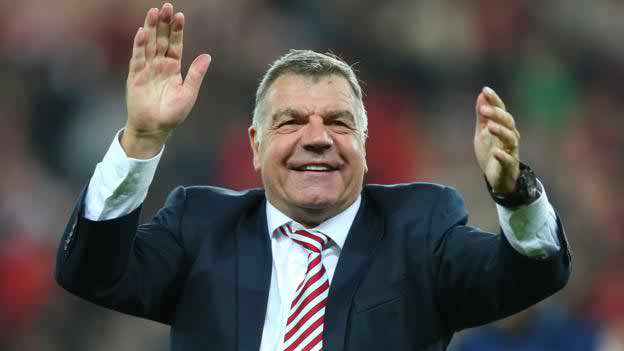 The news suggested that 62 years old Allardyce left his home in Bolton on Friday. His representatives began negotiations and after four hours’ discussion with chairman Steve Parish, the deal was finally agreed. The former England national team manager’s first test will against Watford as his team will square off with the Hornets in a lunch time league clash on Boxing day at the Vicarage Road, away from home. The Big Sam is keen to improve the defence of this Palace side. He faced the media and expressed his thoughts honestly and said that his most important job is to stopping the goals at their own end. So he proprieties defense the most.

The former defender has managed a lot of big teams before his newest job. His managing career started at Limerick in 1991 when he served as a player manager. He managed Bolton Wanderers for 8 seasons. Then he was in charge for Newcastle united, just for one season, back in 2007-08. He served Blackburn Rovers too. He was a long term manager at the West Ham united. He was in charge for 4 seasons their before joining Sunderland. Then he got the England manager job earlier this year but didn’t carry for a long as he resigned so quickly and now finally he has entitled himself as the Crystal Palace manager.