As much as the World Cup coming to close, Argentina facing more nightmare of their fortune. Chief Golfer Sergio Romero was knocked out of the 23-team man squad which announced first. Then Midfielder Manuel Lanzini has broken his knee ligament during practice on Friday. He is also dropped out from the competition. And this time it’s came midfielder Ever Banega who is reportedly to have been beaten again. And the midfielder uncertain for the tournament.

Argentine media Mundo Albiceleste said that Banega has suffered calf muscle injuries during practice. The Argentine team management has not yet confirmed whether the injury is serious. Anything can possible. 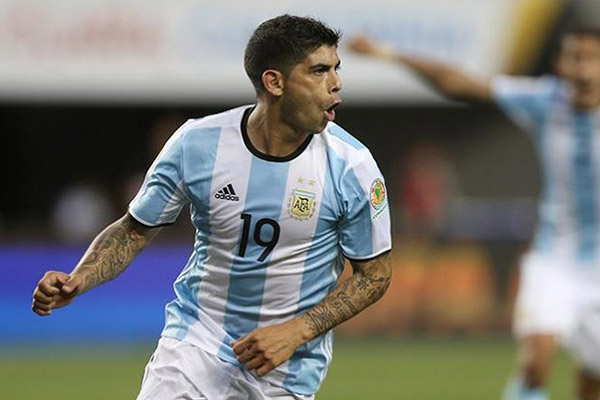 Jorge Sampaoli is worried about the 29-year-old midfielder’s injury, despite not giving importance to the start. The team’s team management will take the final decision, however, after being hidden in the beginning, management has suffered a lot due to the news of the loss of the baneager.

Mondo claims Argentine coach begins to find alternative Enzo Perez, Leonardo Parades or Guido Pizarro can come to the team of 23 people. But there is no doubt that one of them can meet the needs of the living.

Regarding the banege’s injuries, Argentina’s team physician told a television channel that Benner is in a hurry and he will not be able to do two session exercises. The rest of the team are healthy. It can be said later about his condition. They not told much about this.

Where the Star Messi dreaming to grab the WC title, there the rest other players are getting injury. In that situation how can their team play in the championship.

Manuel Lanzini has been knocked out of the WC due to an injury. Although it is a very old news, now instead of the midfielder, Angelo Perez has been included in the squad. The Argentine Football Association confirmed this.

The Argentine has played 23 matches so far this season with star plates. In 2010, Perez, 32, played for the last national team.

Earlier, on Friday (June 8th), when the right knee ligament broke during practice in the morning, the dream of Lancisar’s World Cup game was lost. The Argentine coach believed the midfielder very much and he was a great weapon in the World Cup mission. But sudden injury of 25-year-old West Ham player shocked Sampaoli much. Before that, the team’s first goalkeeper Sergio Romero suffered a knee injury.

Argentina will start the World Cup campaign on 16th of June with matches with Iceland. The other two rivals Croatia and Nigeria in the ‘D’ group.